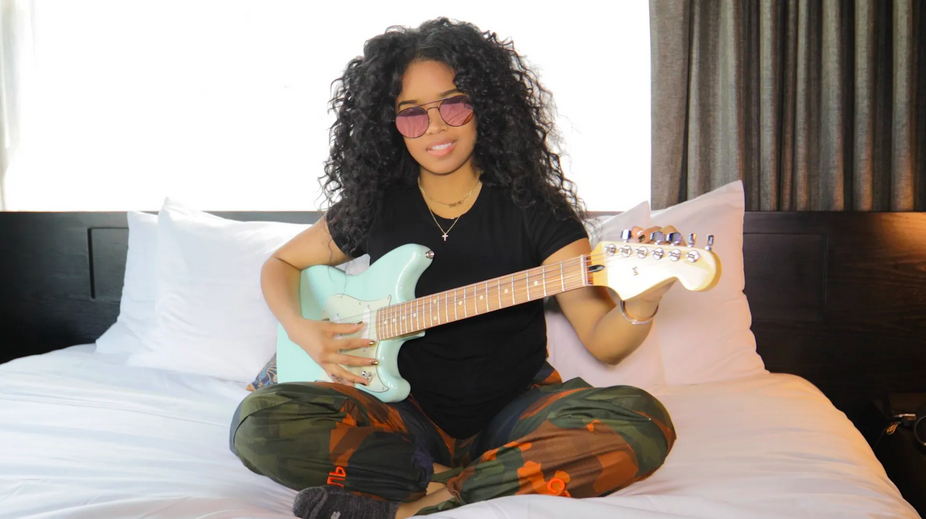 Get Lit- Words Ignite, the Los Angeles-based education nonprofit whose mission is to increase literacy, empower youth, and energize communities through poetry and visual media, will be honoring prestigious musician and poet, H.E.R., and will pay tribute to the new Spoken Word Poetry GRAMMY award that will debut during the 2023 show, it was announced today by Get Lit Founder, Diane Luby Lane. The Gala will take place on Sunday, December 11th at the GRAMMY MUSEUM..

Over the course of five years, with an Academy Award(R) and  5 GRAMMY wins and 25 nominations to date – singer/songwriter/multi-instrumentalist H.E.R. has had an incredible journey, punctuated with inspiring projects and accolades that have quickly ascended her to superstar status.  H.E.R. was part of the Get Lit program when she attended CHAMPS High School in Los Angeles, Ca, and she competed in the first ever Get Lit Classic Slam held in 2012.

“We are thrilled to be honoring former Get Lit student H.E.R. with our IGNITE ARTIST Award at this year’s Get Lit Gala which will celebrate the new GRAMMY category for Spoken Word Poetry.  H.E.R. has made an extraordinary mark in the musical world, inspiring people worldwide. It is so exciting to see all that she has achieved.” said Diane Luby Lane, Founder of Get Lit.

Luby Lane was part of a group of leaders who were instrumental in promoting the creation of a new Spoken Word Poetry category that will debut at the 2023 GRAMMY Awards.  The new category Best Spoken Word Poetry Album will recognize excellence in Spoken Word albums specific to the performance of poetry with or without music.   J. Ivy, current GRAMMY nominee and Spoken Word Poet writes, “As I was reaching out to the Poetry community and writing the GRAMMY proposal for the Best Spoken Word Poetry Album this quote kept echoing in my head, “Poetry is the seed of every song ever written.” Not only is it historic for this category to come into existence but it’s so beautiful to see this incredible art form and those that create it, live it, get our flowers now and for generations to come.”

Luby Lane continued, “The updating of this category is important to Get Lit because it gives young artists a career path.  Officially recognizing Spoken Word by the GRAMMY’s gives our youth something to aspire to. It acknowledges that Spoken Word is an art form, a fact that has been at the heart of the Get Lit mission for the past 16 years.  It puts Spoken Word publicly on the map as an artistic form.”

The non-profit Get Lit – Words Ignite aims to transform the lives of young people worldwide through classic and spoken word poetry. Through the use of specialized curriculums, the program engages young people by providing a creative outlet, community, and real-life work experience, transforming students into activists, scholars, and stars.

Get Lit will be holding their Annual Gala on December 11th. In addition to H.E.R.,  they will also be honoring Shihan Van Clief, with the IGNITE COMMUNITY Award for keeping the Spoken Word torch alive for hundreds of thousands of poets through his weekly open mics at Da Poetry Lounge in Hollywood, CA (the longest running poetry venue in the United States) which Shihan co-founded and hosted. Van Clief  is the first and only poet to have a poem named ‘download of the week’ on iTunes.  Shihan just wrapped on his feature directorial debut, “#MFHF”; currently in post production.

Aron Baumel is this year’s recipient of the IGNITE ADVISOR Award for the invaluable legal counsel he has provided for Get Lit and its poets over the past years. Baumel is a Partner at Goodman, Genow, Schenkman, Smelkinson & Christopher and a member of Get Lit’s Advisory Board.

The Get Lit Gala will feature performances from 2023 GRAMMY nominee J. Ivy as well as 2022 GRAMMY nominee Sekou Andrews.  The show will also include performances by Lynne Thompson (Poet Laureate of Los Angeles), Salome Agbaroji, (the Youth Poet Laureate of Los Angeles), and poets from the Get Lit Players program.  All proceeds will support Get Lit’s literacy programs throughout Southern California schools.