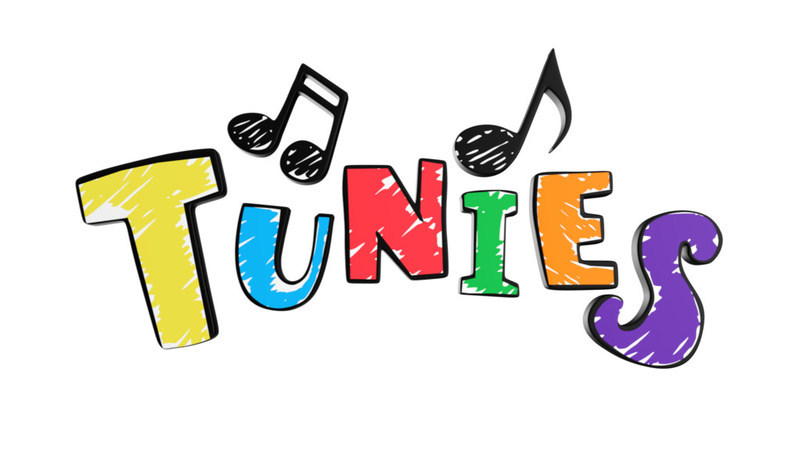 “As a father of three, I find myself having to listen to children’s music – oftentimes on repeat! I couldn’t believe that there was nothing better out there for families to enjoy together. I saw an opportunity to reimagine the genre, taking my skills and knowledge in the industry, to create music and video that the entire family can actually enjoy together, while still focused on everyday routines and children’s development.” says Ricky Anderson.

After years of ideation, Anderson brought together some of the music industry’s leading writers and producers to bring The Tunies to life. The series, produced with unparalleled music and video production quality, hit YouTube only two months ago and has already amassed nearly 6M views and well over 100,000 watch hours, gaining the interest of A-listers including: Christina Milian, Jimmie Allen, 2 Chainz and Pusha T.

The musical series follows Avery and his diverse group of friends on everyday adventures at Chasin’ Clouds Daycare as they welcome you to join in song and dance and share key foundational and educational messages such as: manners, picking up after yourself, staying safe and more! The Tunies crew is made up of fun-loving friends who are a mix of anthropomorphic animals and kids that blend fantasy with real-life.

“It’s so key that children see representation at a young age and there is definitely not enough quality content available,” says Anderson. “I watched a young boy point to The Tunies crew and tell his mom that the boy had the same hair he did. As a father who is raising children of color, It’s important for me to bring more of those moments to families across the globe.”

Moving forward with purpose, Ricky is launching The Avery Chase Foundation alongside The Tunies later this year to honor his late son Avery.  A portion of The Tunies proceeds will go back to providing support to parents and families who have lost their children.

Keep an eye out as The Tunies will be launching soon on streaming platforms.

Limited edition merchandise created in partnership with CultureFly is available now on thetunies.com

ABOUT THE TUNIESMeet The Tunies – Led by Avery and his crew: Rex, Bella, Rio, Frankie, and Bianca!

The Tunies, created by former Head of A&R at G.O.O.D Music, Ricky Anderson, is an animated musical series. The Tunies characters share the importance of friendship and teamwork while helping introduce kids to early developmental milestones through music. Produced with unparalleled production quality for families and kids to enjoy together while ensuring the experience is easily accessible to all. Available now on YouTube with new videos uploaded weekly, The Tunies welcome you to a new era of kid’s music, reimagined!

ABOUT RICKY ANDERSON Accredited amongst some of the world’s best musical entertainers, Ricky Anderson is the former head of A&R at GOOD Music, a record label founded by Kanye West. A patron and leader within the music industry for over 20 years, Ricky has worked hand-in-hand with some of the world’s leading musical superstars. He has recently focused his expertise on reinventing children’s music in honor of his late son, Avery Chase, to create music that’s enjoyable for parents and kids alike.