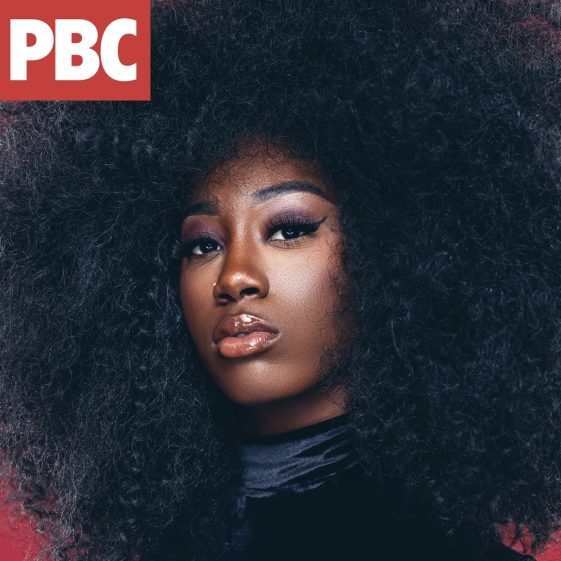 The accompanying track artwork draws inspiration from iconic black magazines that became popular over the course of many decades.

The release of “PBC” comes fresh of the heels of her fall 2021 release “Ice Baby.” The fiery track was unveiled via aCOLORS performance and received critical acclaim from NME, PAPER, and many more as well as Consequence who hailed the record “…a searing banger that’s sure to make you feel like a million bucks.” Listen to “Ice Baby” HERE.

2021 proved to be another incredible year for Flo Milli. Following the success of her 2020 mixtape Ho, why is you here ?, she was nominated for Best New Artist at the BET Awards and Best Breakthrough Song at the MTV VMAs for her feature on Young Baby Tate’s “I Am.”  Both of Flo’s verses on “I Am” and Yung Manny’s “Clap For Em’” had massive moments on TikTok with over 4 million videos created with the sounds combined. She performed at numerous major music festivals throughout 2021, including Lollapalooza, Rolling Loud Miami, Firefly and more, and released her song “Roaring 20s” alongside a Spotify RADAR artist campaign in January 2021.

About Flo Milli:
22-year old, Alabama born rapper, Flo Milli has taken the Internet by storm in her short accent. Releasing her first official track “Beef FloMix” on her SoundCloud in late 2018, she had gone viral by early 2019 on TikTok, marking her breakout success and she hasn’t let up since. Releasing tracks and visuals throughout 2019, she followed up with “In The Party” which has been streamed and viewed nearly 200 million times worldwide.

Known for her bubbly delivery and aggressive bars, in July 2020 she took the internet by storm once again with the release of her debut mixtape, Ho, why is you here ?  On the project, Flo exudes unapologetic confidence and empowers females with her experiences shared in her music, making her a relatable youth figure. Standout tracks from the project include the SWV-sampling “Weak” and “May I.”  The mixtape received great critical support upon release landing on the covers of Spotify’s “Feelin Myself” playlist and Apple Music’s “On Repeat,” along with two Spotify New Music Friday billboards last summer. She received rave reviews in the press from the likes of New York Magazine, Pitchfork, Rolling Stone, Complex, FADER and NYLON, with many calling her the next female rapper to break through and coining Ho, why is you here ? as one of the best projects of 2020.