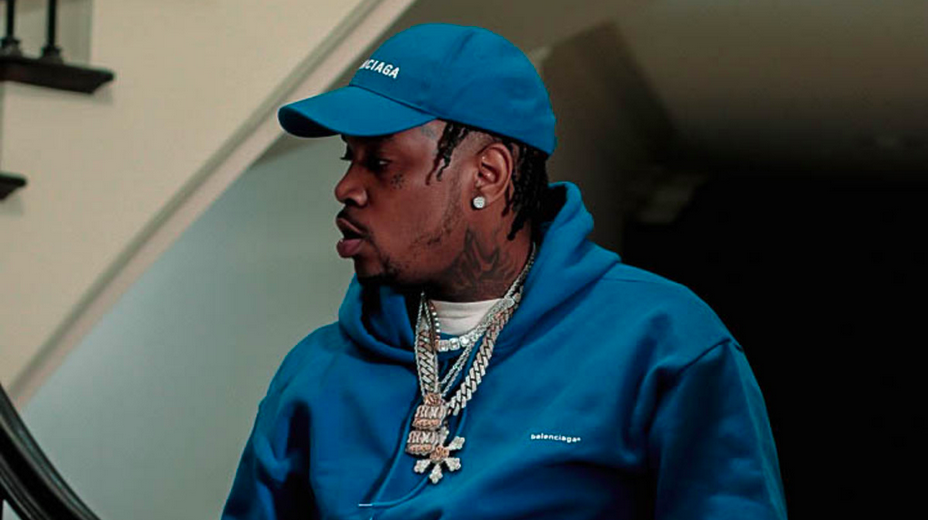 The video opens with the former teammates being escorted into the lobby of a studio by a secretary who scolds their clothing. “What’s up with these vests?” she asks. She then pulls out new ensembles which make Manning say “Wow.”

On Tuesday, the former New York Giants quarterback linked up with rapper Fivio Foreign, whose real name is Maxie Lee Ryles III, for a studio session. Foreign tweeted his excitement about meeting with the two-time Super Bowl champion ahead of the get-together.

Manning came dressed for the occasion, rocking a yellow hoodie from French fashion company Celine, a matching bucket hat and an icy chain. Former Giants teammate and center Shaun O’Hara was also present for the meeting with Foreign. The trio recorded themselves enjoying adult beverages in the studio during their session.

The visual then transitions into the recording studio, where a beat plays in the background. The “Big Drip” rapper nods along with his engineer while three women vibe out on a couch before he hears a knock at the door. In walks the former athletes wearing new outfits; Manning is sporting a yellow Celine hoodie and matching bucket hat and O’Hara dons a colorful hoodie with a yellow beanie.

Fivio is impressed with their new threads, repeatedly saying “I like that” before giving the two men chains to wear. He then gives words of encouragement about “feeling like a rapper” before they enter the booth. Manning and O’Hara are less than stellar when it comes to lyricism, but they impressively stay on beat for the most part before the drill rapper finishes off the record.

There could be a musical release coming from Manning, O’Hara and Foreign in the future. The Giants’ Twitter account shared album art featuring the group with the title “Giants on 3,” a play on the Foreign’s upcoming single, “1 on 3.” The rapper and O’Hara added more speculation to a drop by retweeting the team’s post.