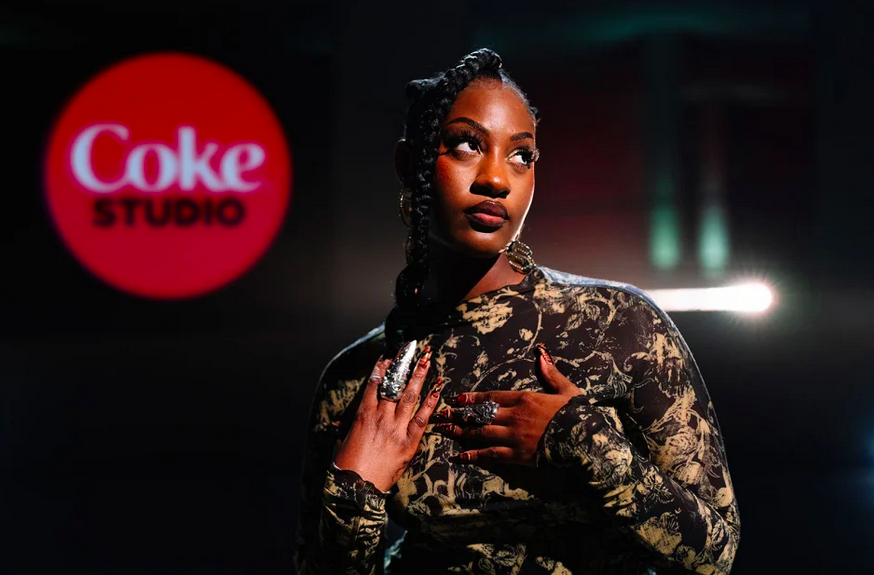 During our 20-minute conversation, you realize how cerebral and calculated the Afrobeats singer is. She doesn’t rush to answer questions: She pauses and then gingerly paces her way through until she reaches the goal line. Even when she encounters a less-weighty topic, such as remixing a song of choice, she lingers — before cueing up a response that makes you want to join in on the action and jam alongside her down Oxford Street.

“I would choose Bob Marley’s ‘Is This Love’ or ‘No Woman Don’t Cry,’ because those are one of my favorites,” she says reassuringly. “I’m in London right now, so ‘Is This Love’ is the best song to listen to when walking down any street in London. You should try it whenever you’re here, just to try it. Listening to Bob Marley in London is the best thing you can do.”

With the release of her first two EPs, 2020’s For Broken Ears and 2021’s If Orange Was a Place, Tems’ lovelorn ballads and reflective records have steadily brought fans together over the last two years. Despite a slow start, “Free Mind” gained steam stateside this year and reached No. 1 on Billboard’s U.S. Afrobeats Songs Chart. Another fan-favorite, “Higher” — from the same 2020 set — fueled Future’s Hot 100 chart-topper “Wait For U” this spring, after the track’s producer ATL Jacob sampled the song.

After a splashy 2021 campaign where Tems earned her first Hot 100 top 10 hit as a feature artist on Wizkid’s “Essence,” and later made a guest appearance on Drake’s Certified Lover Boy album, Coca-Cola enlisted the singer alongside six other breakthrough acts around the world, including R&B star Ari Lennox, for the release of “The Conductor.” Tems alongside Lennox, Griff, Tesher, Mariah Angeliq, TRI.BE and Ekin Beril helped launch Coke Studio by reimagining Queen’s 1986 single “A Kind of Magic.”

“It was really cool,” says Tems of the shoot. “I didn’t meet [Ari Lennox] during the Coke thing, but I met her during one of the shows I had when I went to DC. The whole thing was really, really good. It was new, and I learned a lot.”