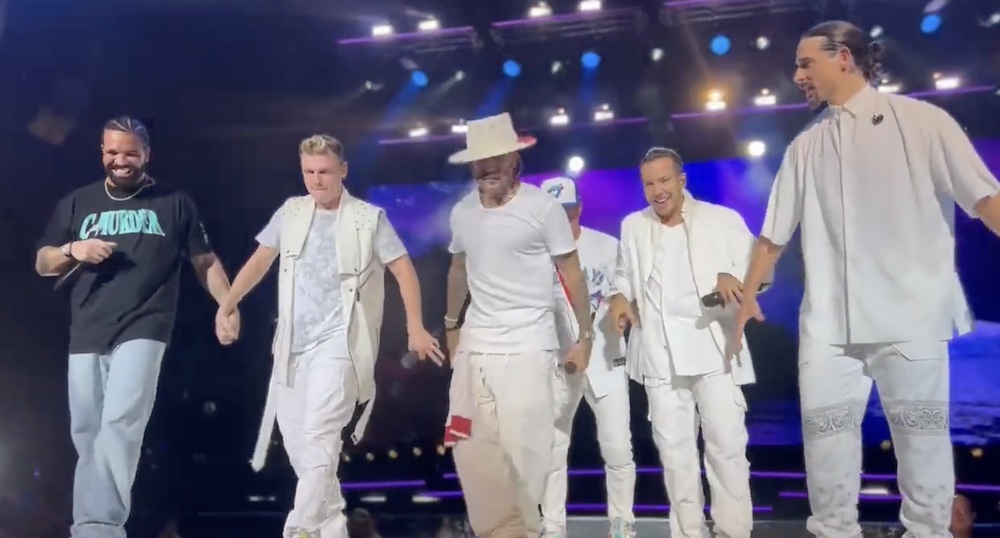 Music fans of the 90’s  would have been elated this weekend to find Drake on stage with the Backstreet Boys.

I want it that way , one of The biggest hits in the 90’s, Drake surprised fans with a performance when The Backstreet Boys invited their hometown hero onstage.   Before lending his vocals Drake shared with the audience why this song was so special in his heart.

After BSB introduced Drake as the “6th member” of the boyband, the “Texts Go Green” rapper hit Toronto’s Budweiser Stage to share that when he was 13, he had a crush on a girl he knew but wasn’t sure that the feelings were mutual, till at his Bar Mitzvah, when the girl came up to him and asked him to dance to none other than Backstreet’s “I Want It That Way.”

‘The Greatest Song of all time” Confessed by drake, He mentions that this was the first  time in his life he had a shot at being cool.