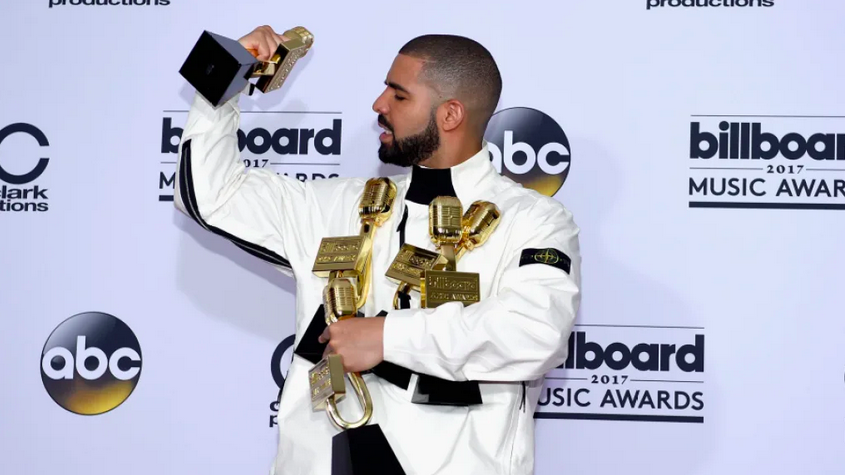 Drake’s reign as king of Billboard continues as he adds another record-breaking moment to his chart achievements. According to the publication, the Canadian rapper now counts 30 top 5 hits on the Billboard Hot 100 in his career with the No. 5 debut of the DJ Khaled-led collaboration “Staying Alive” which also features Lil Baby.

“Ok I broke my records for the month now me and @stake need you to do your thing Bitcoin,” he wrote alongside a laughing face emoji. The caption was accompanied by a video of Drake winning $5.13 million in a virtual roulette game, followed by a Bitcoin tracker showing $24,000 earned.

Drizzy followed that up by posting a picture of him out at a lavish dinner complete with an empty plate decorated with the words, “Just another celebration,” followed by a shrugging emoji.