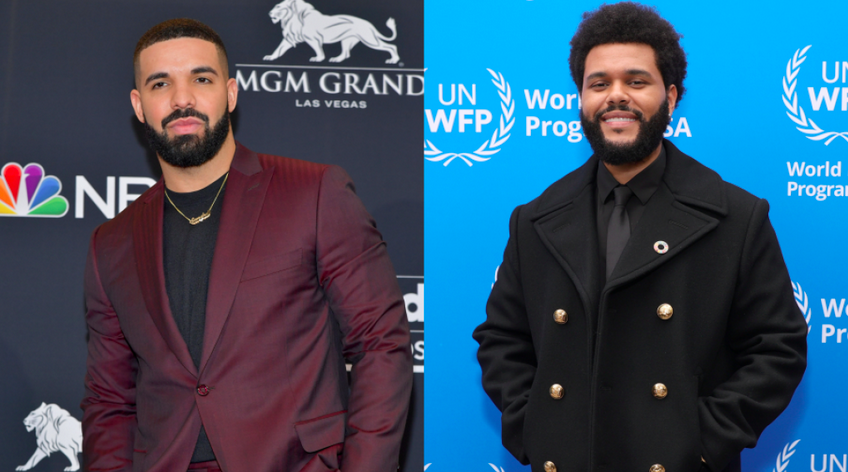 Back in 2021, The Weeknd announced his decision to boycott future Grammys following the snub of his mega-popular and critically lauded hit 2020 album “After Hours” — which featured the record-setting chart-topper “Blinding Lights.”

In a March 2021 statement to the New York Times, the “Save Your Tears” crooner declared, “Because of the secret committees, I will no longer allow my label to submit my music to the Grammys,” apparently taking aim at the Recording Academy’s arcane voting process in determining nominees and winners.

Drake and The Weeknd’s issues with the Grammys appear to have not been settled yet, as the two megastars have declined to submit their latest albums to the Recording Academy for consideration.

In 2022, the crooner’s After Hours album received no nominations in the major categories after being hailed as one of the most acclaimed and successful albums of the year. The Weekend was clearly irked by the snub, vowing never to submit his music for Grammy consideration moving forward.

“Because of the secret committees, I will no longer allow my label to submit my music to the Grammys,” the “Can’t Feel My Face” singer said at the time. Yet, The Weeknd would still nab a win that year, as “Hurricane,” his collaboration with Kanye West, took home the Grammy Award for Best Melodic Rap Performance.

Of his initial shock at the snub, the 32-year-old musician added, “I use a sucker punch as an analogy. Because it just kind of hit me out of nowhere. I definitely felt … I felt things. I don’t know if it was sadness or anger. I think it was just confusion. I just wanted answers. Like, ‘What happened?’”

Meanwhile, Drake’s beef with the Grammys dates back to the 2017 ceremony, at which the former “Degrassi” actor couldn’t help but notice how his catchy pop/R&B hit “Hotline Bling” had only received nods for Best Rap/Sung Performance and Best Rap Song.