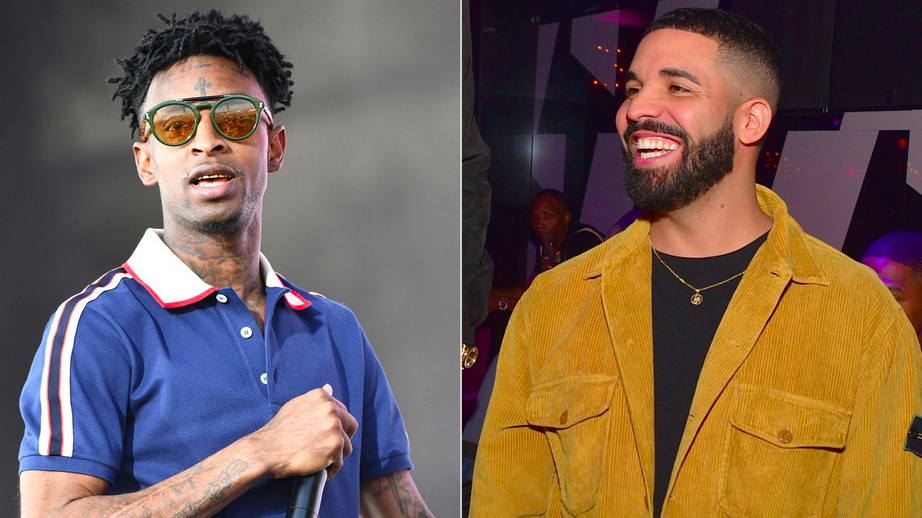 Drake and 21 Savage’s collaborative album, Her Loss, debuts at No. 1 on the Billboard 200 chart (dated Nov. 19) with the year’s biggest week for an R&B/hip-hop set and the fourth-largest streaming week ever for any album.

Eight of the album’s 16 songs also debuted in the top 10 of the Billboard Hot 100 singles chart. The opener “Rich Flex” is number two, “Major Distribution” is number three, “On BS” is number four, “Spin Bout U” is number five, “Pu**y & Millions” with Travis Scott is number six, “Privileged Rappers” is number seven, “Circo Loco” is number eight, and “BackOutsideBoyz” is number nine.

Her Loss is the 12th No. 1 for Drake and the third leader for 21 Savage. Drake now solely has the third-most No. 1 albums on the Billboard 200 chart, since the list began publishing on a regular weekly basis in March of 1956. Ahead of him are only The Beatles, with a record 19 No. 1s and Jay-Z with 14. Drake was previously tied with Bruce Springsteen, Barbra Streisand and Taylor Swift, each with 11 No. 1s on the Billboard 200.

Her Loss was announced on Oct. 22 and then-slated for an Oct. 28 release. On Oct. 26, its release was postponed to Nov. 4. The set was released via streaming services and as an album download via digital retailers. A physical release for the set on CD or any other format has not been announced.

The Billboard 200 chart ranks the most popular albums of the week in the U.S. based on multi-metric consumption as measured in equivalent album units, compiled by Luminate. Units comprise album sales, track equivalent.

The “Jimmy Cooks” duo made the wait worth it, as they trolled a typical album rollout by releasing a fake Vogue magazine they were later sued over, teasing an NPR Tiny Desk concert, and spoofing an interview with Howard Stern ahead of the project coming out. After Her Loss was released, the rappers continued their antics with a fake performance of “On BS” on NBC’s Saturday Night Live and a COLORS-esque rendition of “Privileged Rappers.”

While commercially successful, the project did not come without controversy. “Circo Loco” caused chaos on the timeline as listeners believe the Toronto rapper dissed Megan Thee Stallion and Ice Spice. The most direct insult came on “Middle Of The Ocean” when the rapper dissed the husband of his former flame Serena Williams and called him a “groupie.”