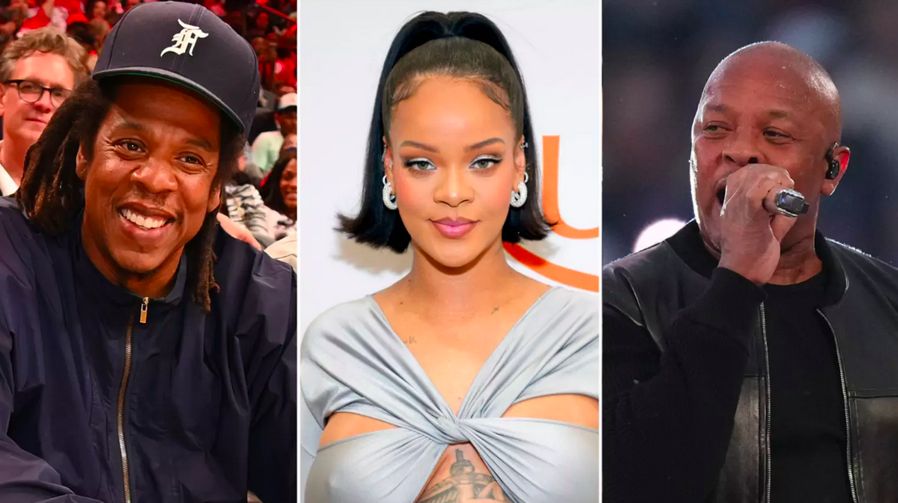 Rihanna sent the Navy into a frenzy after she confirmed that she will headline the Super Bowl LVII halftime show. Since then, people from around the world have been praising the billionaire singer including JAY-Z and Dr. Dre.

According to a statement Roc Nation issued on Sunday, September 25, Hov said he considers Rihanna “a generational talent.” JAY-Z’s label serves as the executive producers and strategic entertainment advisors for the upcoming halftime show, which is happening on February 12, 2023 in Glendale, Arizona. In his statement, he went on to uplift the ANTI singer as a self-made businesswoman “who has surpassed expectations at every turn.”

The NFL will soon become the “National Fenty League,” with Rihanna headlining the Super Bowl Halftime Show next year, and it appears OGs Dr. Dre and Jay-Z couldn’t be happier.

Dre spoke with Ebro Darden on Apple Music 1 on Sunday (Sept. 25) and expressed his love for Rihanna and how excited he is to see the pop icon take the halftime stage.

“Oh, my God. Let me tell you something, man. I just got the news that Rihanna’s going to do [the Halftime Show],” Dre, 57, told Darden. “And I’m a super fan of Rihanna. I can’t wait to see what she’s going to do.

In addition to receiving kind words from Hov, Riri also got plenty of love from Dr. Dre, who admits he’s a “super fan” of hers. According to Billboard, the Aftermath founder, who performed at last year’s award-winning halftime show, was so hype about Rihanna’s upcoming performance.

The NFL revealed the pop icon would be the 2023 Super Bowl’s Halftime Show performer on Sunday (Sept. 25). Rihanna tipped her hat at the announcement by posting a picture of her hand holding an NFL-branded football with a simple message attached: “.”