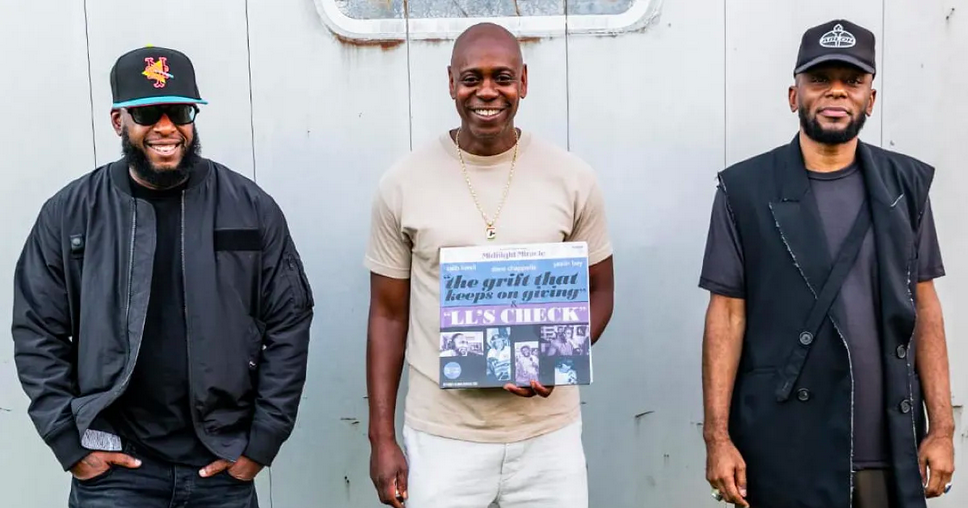 Dave Chappelle has been tapped to host Saturday Night Live for the third time. He is set to bring his comedic talent to the broadcast on Nov. 12. Black Star, the Hip-Hop duo consisting of Yasiin Bey and Talib Kweli, is set as the episode’s musical guest.

The comedian and the sketch comedy series have seemingly initiated a tradition, as this hosting gig falls on the Saturday after election day. In both 2016 and 2020, Chappelle hosted SNL after the presidential elections. Both appearances earned the 49-year-old an Emmy.

Cancel culture loses once again as Dave Chappelle is set to make his return to Saturday Night Live this weekend.

Chappelle was most recently seen attending an early screening of Will Smith’s upcoming AppleTV+ film, Emancipation, alongside Rihanna, A$AP Rocky, Tyler Perry, Kenya Barris and more. But he’s undoubtedly been a staple in the news cycle this year alone after he was attacked at the Hollywood Bowl during the Netflix Is a Joke festival earlier this spring. The assault came during a time when the comedian was still facing backlash from his 2021 Netflix special, The Closer.

Months later, Chappelle dropped yet another special, titled What’s In A Name?, which boasted footage from a speech he gave during the renaming ceremony at his alma mater, Duke Ellington School of Arts in Washington D.C. and his response to the backlash he received from current students at the school over The Closer. Following that he’d mostly been under the radar, bouncing from city to city with Chris Rock for their joint comedy tour.

In May 2022, Chappelle avoided an on-stage attack while performing during the Netflix Is A Joke festival. 23-year-old Isaiah Lee was taken into custody after the attempted physical assault. Lee was charged with misdemeanor battery, misdemeanor possession of a deadly weapon with intent to assault, and two violations for forcing his way on stage.

Lee reportedly targeted Chappelle after being triggered by the comedian’s LGBTQ jokes and homelessness.