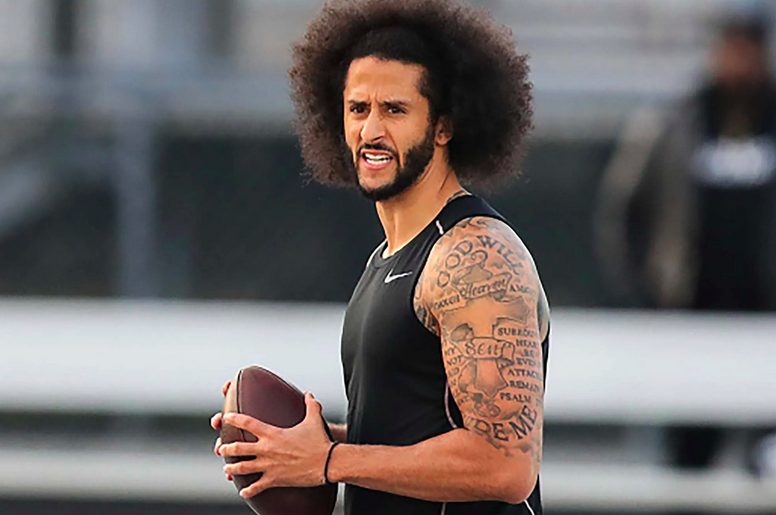 Former NFL quarterback Colin Kaepernick officially has taken on a new and exciting role in his life: dad.

Diab announced Sunday (Aug. 28) on Instagram that the couple welcomed a baby “a few weeks ago.” “I thought long and hard about sharing our life changing news today,” she wrote on Instagram, alongside a picture of her and Kaepernick with the newborn baby. “I decided to do so because today is the first day in a few weeks where I stepped out for work with a new life title — MOM!”

This is the first child for Kaepernick, who played six seasons for the San Francisco 49ers and is now a free agent, and Diab, who has a show on New York radio station Hot 97 and has appeared on MTV’s GirlCode and served as host of the aftershows for Teen Mom, Teen Mom 2 and Snooki and J Woww in addition to hosting Sunday’s VMAs pre-show.

Kaepernick last played in the NFL with the 49ers in 2016, the same season that he began to kneel during the national anthem in protest of racial injustice and police brutality. He filed a grievance against the league in 2017, accusing owners of blackballing him due to his protests. He eventually reached a confidential settlement with the NFL.

Kaepernick recently teamed up with Ava DuVernay to tell his life story in Netflix’s Colin in Black and White.