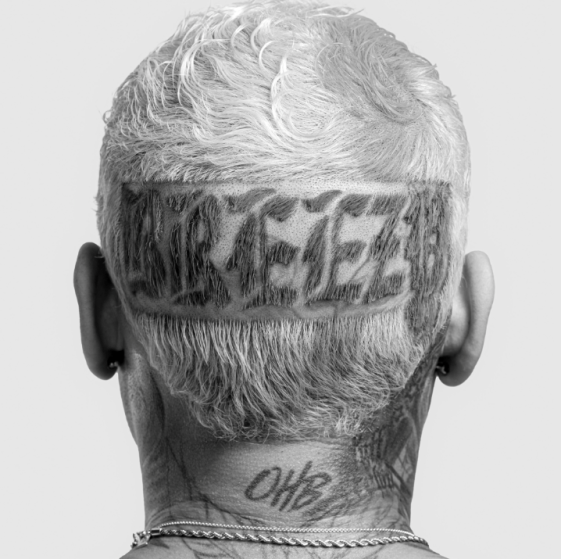 Global superstar Chris Brown drops his highly anticipated 12th studio album BREEZY via RCA Records – click here to listen. The 24-track project is star-studded, enlisting features from major artists such as H.E.R., Jack Harlow, Bryson Tiller and more. Additionally, Brown released the visual today for “C.A.B. (Catch A Body)” featuring Fivio Foreign – click here to watch. This week Chris also dropped his “WE (Warm Embrace)” video starring himself alongside hitmaker Normani – click here to watch. You can hear the new record live on his One Of Them Ones Tour this summer with Lil Baby, kicking off July 15th – click here to purchase tickets.

Previously, Chris Brown released his well-received full-length mixtape Slime & B with Young Thug,  which featured the hit single “Go Crazy,” and the release of the remix featuring Young Thug, Future, Lil Durk and Latto. Throughout his career, Brown has continued to break records – even his own – and received a plethora of accolades. The original version of “Go Crazy” topped his single “No Guidance” as the longest running #1 song on Billboard’s R&B/Hip-Hop Airplay chart at 28 weeks and counting. In the past two years alone, he’s garnered nominations and wins from multiple award shows. “Go Crazy” won three Soul Train Awards in 2020 for Song of the Year, Best Collaboration and Best Dance Performance and garnered seven more nominations in 2021. He was also nominated for seven Billboard Music Awards, including Top R&B Artist, Top R&B Album and Top R&B Song (“Go Crazy”), four BET Awards including Video of the Year (“Go Crazy”) and Best Male R&B/Pop Artist, two BET Hip-Hop Awards for Best Hip-Hop Video (“Go Crazy”) and Best Duo or Group, two MTV Video Music Awards for Best R&B Song (for two songs – “Go Crazy” and “Come Through” with H.E.R.) and one 2022 NAACP Image Award for Outstanding Duo, Group or Collaboration – Contemporary (“Go Crazy (Remix)” with Young Thug, Lil Durk, Future and Latto).

A chart-topping force, Brown has made more Billboard Hot 100 entries since the start of his career than any contemporary male singer alive to date, and with his new album BREEZY, will continue to break records.

Chris Brown, a consummate entertainer who has shifted the climate of R&B culture since his eponymous 2005 debut, has sold in excess of 40 million albums worldwide and has surpassed over 10 billion audio streams across digital outlets to date. Brown has won more than 125 awards including a Grammy Award for his album F.A.M.E. in 2011 and has amassed over 13.7 billion YouTube views – including over 40 music videos that each have more than 100 million views earning him the title of male artist with the most Vevo certified videos ever and ‘Diamond’ status from the streaming platform.

A chart-topping force, Brown has made more Billboard Hot 100 entries since the start of his career than any contemporary male singer alive to date, spending 160 consecutive weeks charting on the Hot 100. Albums from recent years include 2017’s Heartbreak on a Full Moon, which spent more than a year on the Billboard Hot 200 and 2019’s INDIGO, which marked his third U.S. No. 1 album, has been streamed over 5.7 billion times and contained the hit song “No Guidance” featuring Drake. His 2020 album, Slime & B, is a collaboration with Young Thug that has accrued over 1.8 billion streams worldwide since its release and includes the hypnotizing smash hit “Go Crazy,” which has been his biggest radio hit since 2008. Now, with the release of his new album BREEZY out now via RCA Records, Chris is ready to have a breezy summer and play the new project live while on his One of Them Ones tour with Lil Baby.

An accomplished entrepreneur and business owner, Brown’s tenacity behind his venture into fashion with his Black Pyramid brand has transformed his business from a digital fashion giant to acquiring a worldwide distribution deal and being carried in major retailers globally. In addition, Brown’s commitment to philanthropy is as important to him as his professional pursuits – including his dedication to the Symphonic Love Foundation, a charitable organization that he founded which supports and creates arts programs for youth. Brown has also donated his time and resources to various non-for-profit organizations including St. Jude Children’s Hospital, Best Buddies, Hurricane Harvey victims, and Colin Kaepernick’s “10 for 10” million-dollar pledge.