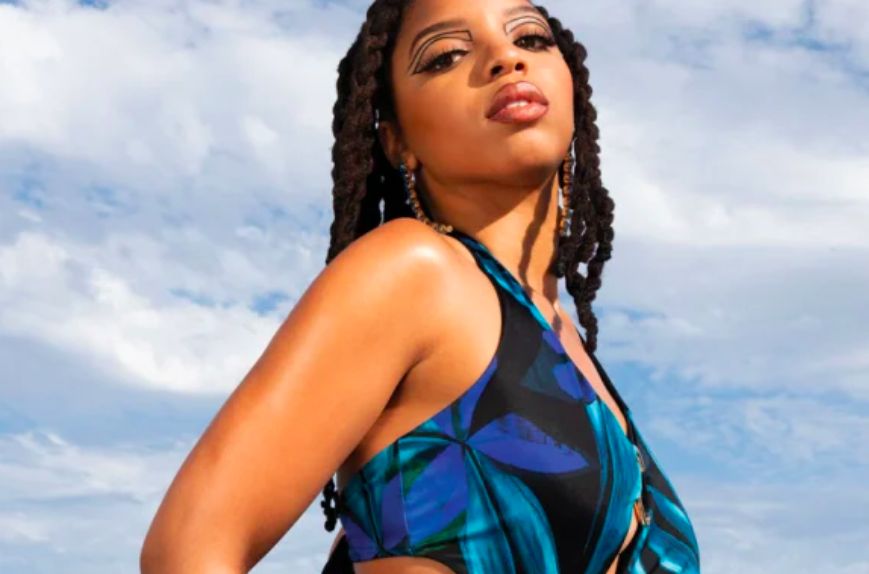 Chlöe Bailey has a new single on the way, and it’s arriving sooner than you think.

“Surprise! I’m dropping very soon…Can you guess the date? 6/??/22,” the singer wrote on Twitter above the official artwork for “Surprise.” In the photo, the rising R&B star sleeps topless in a warmly lit room with her ears and wrist dripping in massive diamonds.

The new track will serve as a follow-up to the elder half of Chloe x Halle‘s 2021 hit “Have Mercy” — which peaked at No. 28 on the Billboard Hot 100 and has been certified gold by the RIAA — as well as April’s “Treat Me.”

Bailey has been planning the rollout for her long-awaited debut solo album since at least last summer. She hinted to Billboard in an exclusive interview at the time that the studio set was filled with “such bad-b—h energy,” and that she had been “the most liberated and happy that I have felt” while crafting it in the studio.

Since then, she’s performed a dark rendition of “Have Mercy” at the 2021 MTV Video Music Awards, earned her first solo No. 1 on the Mainstream R&B/Hip-Hop Airplay chart, and covered songs by everyone from Adele (“Easy on Me”) and The Weeknd (“Earned It”) to Rihanna (“Love on the Brain”) and Nina Simone (“Feeling Good” on Good Morning America).

The singer also clapped back at haters who attacked her version of Minnie Riperton’s “Lovin’ You” in January, saying, “I like how you can’t criticize my singing or who i am as an artist, so people find something else to find…that’s a compliment.”