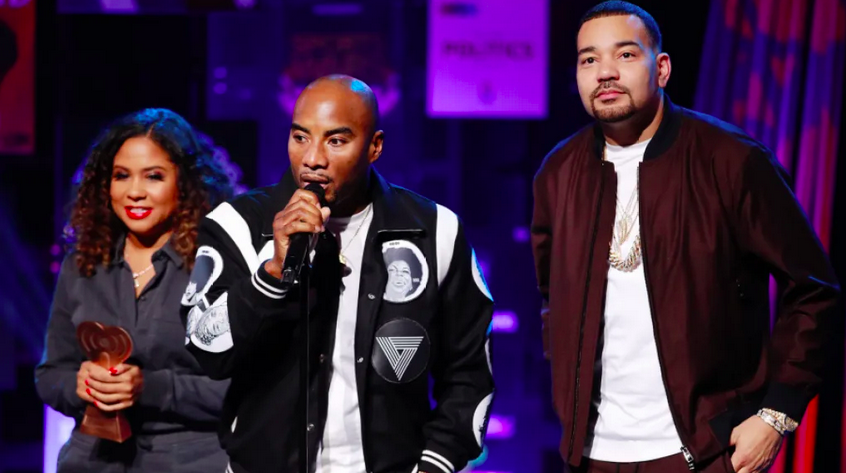 *Charlamagne tha God is speaking out about what fans of The Breakfast Club can expect from the program now that co-host Angela Yee is leaving the long-running radio show.

If you’ve been living under a rock, Angela Yee announced her upcoming departure from The Breakfast Club earlier this month. Fans of the show and social media users began speculating why she was leaving as well as who would replace the 12-year co-host. However, Charlamagne Tha God has made it clear that Yee is irreplaceable.

“I’m not going away,” Charlamagne told MadameNoire in a new interview. “Envy is not going away. Angela Yee can’t be replaced, but we are a club. So that club has to expand and we’re going to bring in new members. So if people are wondering, are there going to be new members in The Breakfast Club? Yes.”

Power 105.1 followed up with this statement: “Way Up with Angela Yee will feature the iconic personality in a fast-paced, listener-interactive show, as she connects directly with listeners on the kinds of hot and timely topics in which she’s garnered trust over her decades on air – from relationships to Hip Hop and R&B, headline news topics, and overall culture, both in and out of the music industry. The show will be fun, entertaining, inspiring, and will include celebrity interviews and special guests.”

A premiere date for Way Up With Yee has yet to be announced, but Angela Yee has revealed she will have a hand in choosing the right person or persons to fill her 12-year shoes at The Breakfast Club.