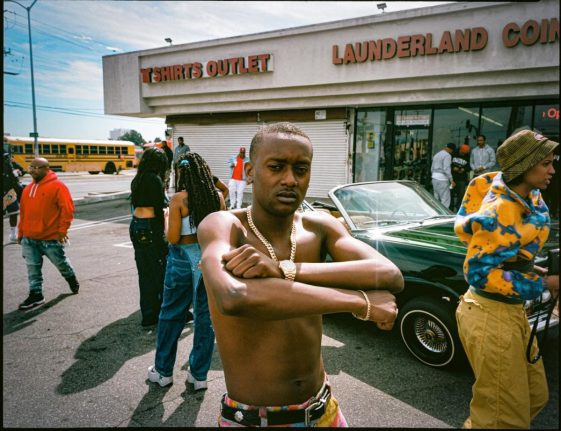 Superghetto, finds Buddy continuing to expand his uniquely eclectic sound, utilizing his unusual blend of experiences and influences to tap into a wide swath of moods as diverse and expansive as the Los Angeles area itself. The 10-track project arrived alongside a new visual for the album track “Hoochie Mama” and includes appearances from Tinashe, T-Pain, and Ari Lennox as well as the previously released single “Wait Too Long” featuring Blxst, which Buddy recently performed on The Tonight Show Starring Jimmy Fallon.

Buddy last released the deluxe edition of his critically-acclaimed album Harlan & Alondra in 2020 before teaming up with fellow LA rapper Kent Jamz for the release of their joint project Janktape Vol.1, which NPR called “one of the best collab tapes” to be released that year. Amidst those efforts, he also joined Vince Staples on an explosive North American tour, performed at NPR’s Tiny Desk, The Late Late Show with James Corden and The Tonight Show with Jimmy Fallon that same year. Buddy also played a major role in the Grammy-nominated Revenge of the Dreamers III album, featuring on seven tracks on the Director’s Cut version including fan favorites “Costa Rica” and “1993.”

Listen to Superghetto above, see full album details and tour routing below and stay tuned for more from Buddy coming soon.