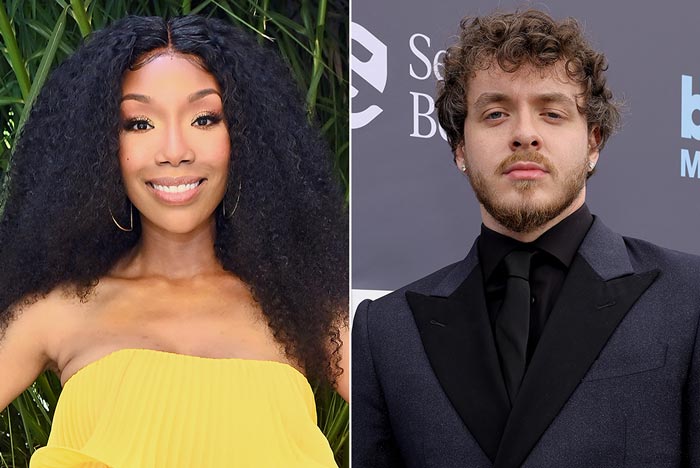 Don’t mess with Brandy! On Wednesday (May 25), the Vocal Bible dropped her own freestyle over Jack Harlow‘s No. 1 hit “First Class,” and the results were nothing short of incredible.

“Allow me to reintroduce myself/ My name is world famous, one of the greatest/ Livin’ legend, did I mention my resume is amazin’” the singer rapped on the track, which debuted on Hot 97’s Ebro in the Morning show. “Over 20 years and I am still a topic/ A picture’s worth a million, now I’m feelin’ philanthropic/ Forty-three and feelin’ like a kid with millions watchin’/ Popular but now I’m poppin’ s–t for those out of pocket/ I went diamond/ Guess I’m still a gold mine shinin’/ This Black excellence at its finest/ Don’t call me Brandy no more, call me Your Highness.”

It was all in good fun, but Brandy’s verse comes in response to Harlow admitting he didn’t know she and younger brother Ray J were related in an interview with Hot 97. During the chat, the “Nail Tech” rapper was unable to identify Brandy’s 1998 hit “Angel in Disguise” — first guessing it was Aaliyah — and the hosts’ clues about her sibling’s famous sex tape only made him more confused.

At the time, Brandy jokingly responded to Harlow’s interview, tweeting, “I will murk this dude in rap at 43 on his own beats and then sing his a– to sleep.” She later clarified to a fan after her tweet went viral that she was just having a little fun with the young rapper. “I didn’t know he rapped so I was just Pokin,” she tweeted.

Harlow got in on the “pokin” as well. After her reaction to his interview, he shared a photo of a young Brandy and Ray J to Instagram Story with an interesting choice for a music clip: Brandy’s cover of Kanye West’s “Bring Me Down” — and more specifically, the line: “I always knew that one day they’d try to bring me down.”