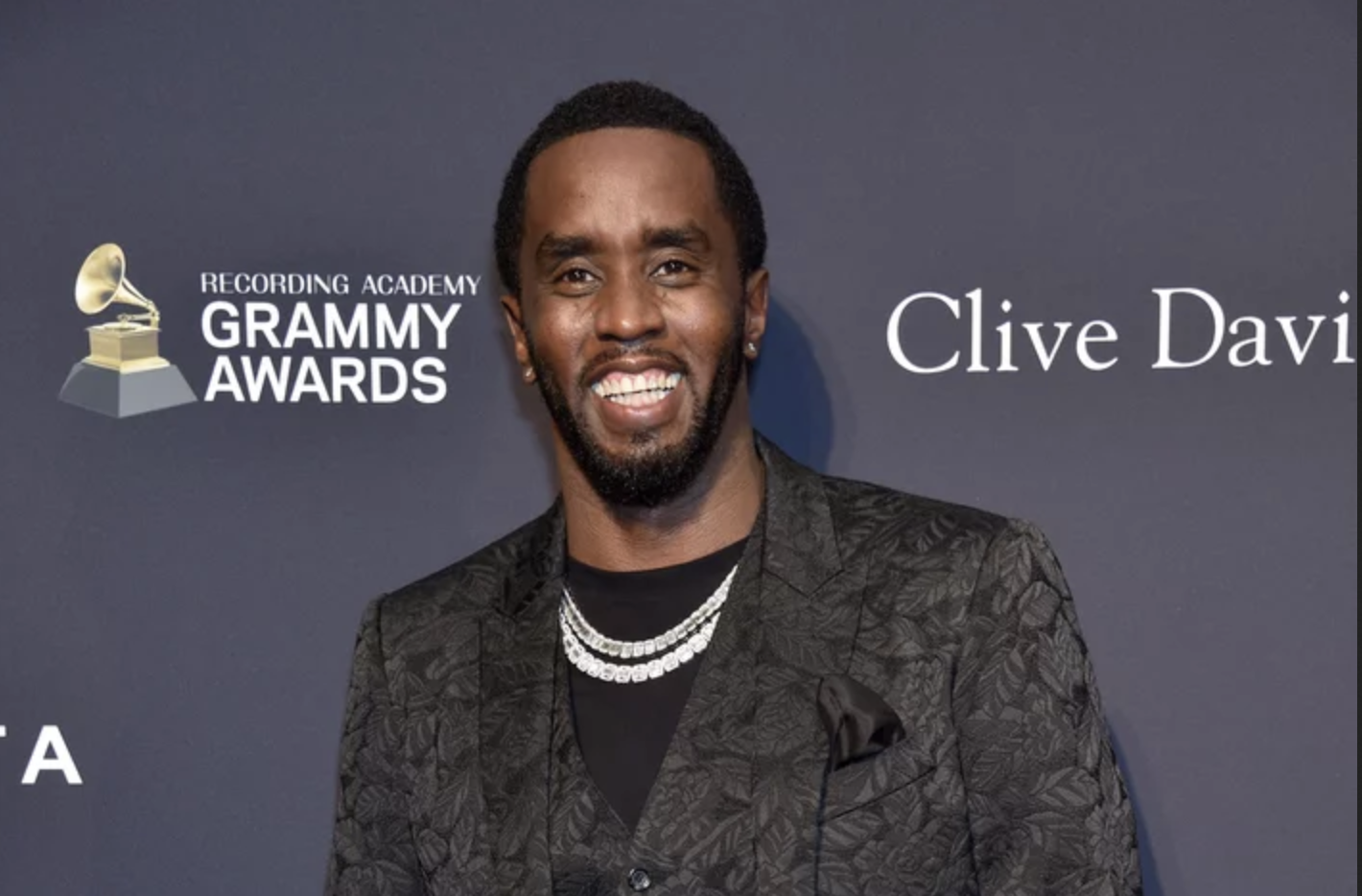 BET announced that legendary mogul and cultural pioneer Sean ‘Diddy’ Combs will be honored with the prestigious Lifetime Achievement Award at “BET Awards” 2022. The coveted award honors industry giants who have not only significantly shaped culture through their extensive careers, but who have also been transformative leaders that consistently inspire generations by setting a true standard of excellence. Hosted by Academy Award®-nominated and Golden Globe®-winning actor, writer, director, producer, and philanthropist Taraji P. Henson, “BET Awards” 2022 will air LIVE Sunday, June 26 on BET at 8 pm ET/ PT from the Microsoft Theater in Los Angeles.

“Diddy has always been a pioneering force in our community, breaking barriers, achieving unprecedented heights, blazing new trails, and, in so doing, raising the bar for all of us,” said BET CEO Scott Mills. “His virtuosity is matched only by his range – from music to media, culture, business, and philanthropy – Diddy has exemplified Black Excellence. We are delighted to have this opportunity to use our biggest stage to recognize the extraordinary accomplishments of our friend Diddy.”

“Sean ‘Diddy’ Combs is an incomparable cultural force and creative visionary whose impact has created historic paradigm shifts across music, media, fashion, and lifestyle. It’s personally gratifying to celebrate and honor a longtime partner and friend of the network who, through the decades, has laid the blueprint for Black excellence through entertainment,” said Connie Orlando, Executive Vice President, Specials, Music Programming, Music Strategy. “And it is far from over; his legacy continues to break ground, and this Lifetime Achievement Award further cements his undeniable influence on hip hop and pop culture. From his many memorable and creative appearances at our award shows to his growing businesses and philanthropic media ventures, I couldn’t be happier for Diddy. He is a dear friend, colleague, and culture revolutionary. We look forward to celebrating his incredible legacy.”

“Puff’s contributions to culture transcend Hip hop. Growing up in DC, I watched his rise at Howard University as he repped Black excellence from day one. It’s an honor to celebrate him now, while he is still on his incredible journey,” said Jesse Collins, BET Awards Executive Producer and Founder & CEO, Jesse Collins Entertainment.

In its twenty-second year, culture’s biggest night, the “BET Awards,” continues its reign as the ultimate platform to showcase the best, brightest, and most beautiful aspects of the Black experience – celebrating the present and future of Black music, while elevating the culture and being a driving force for social change.

For the latest “BET Awards” 2022 news and updates, including details on audience selection and eligibility, please visit BET.com/bet-awards.

Sean Combs has cemented himself as one of the most successful entrepreneurs and cultural icons of all-time. With an incomparable career that spans over three decades, Combs has amassed an unrivaled influence only matched by a proven ability to consistently innovate, evolve and boldly defy convention. His Bad Boy Entertainment Group successfully carved out a new niche within the hip-hop genre, fostering superstar talent including Lil Kim, Faith Evans, 112, Mase, Total, Junior Mafia, and The Lox. To date, Bad Boy has sold more than 100 million records worldwide, amassing countless GRAMMY® Awards, Billboard No. 1 entries, and forming an extensive catalog of transcendent cult classics. After six years away from the music spotlight, Combs announced the launch of a new R&B label, LOVE Records, and the first album will launch this summer in partnership with Motown Records. An instrumental sartorial force, Combs bought back his Sean John fashion line in 2020. Through a partnership with Diageo, Sean Combs’ popular Ciroc Vodka has become the standard for premium vodka, prompting the entrepreneur to acquire luxury tequila brand DeLeón and launch the fitness and wellness water brand AQUAhydrate. In 2013, Combs made history by launching REVOLT Media & TV, the first Black-owned multi-platform cable music network. REVOLT now reaches over 80 million homes and 20 million monthly viewers digitally, with carriers like Time Warner, Xfinity, and Verizon FiOs. Sean Combs continues to apply the same drive and entrepreneurial spirit to his philanthropic work and political activism as well.

BET, a unit of Paramount (NASDAQ: PARAA; PARA; PARAP), is the nation’s leading provider of quality entertainment, music, news and public affairs television programming for the African American audience. The primary BET channel is in 125 million households and can be seen in the United States, Canada, the Caribbean, the United Kingdom, sub-Saharan Africa and France. BET is the dominant African-American consumer brand with a diverse group of business extensions including BET+, the preeminent streaming service for the Black audience; BET.com, a leading Internet destination for Black entertainment, music, culture, and news; BET HER, a 24-hour entertainment network targeting the African-American Woman; BET Music Networks – BET Jams, BET Soul and BET Gospel; BET Home Entertainment; BET Live, a growing BET festival business; BET Mobile, which provides ringtones, games and video content for wireless devices; and BET International, which operates BET around the globe.

“BET Awards” is one of the most-watched award shows on cable television according to the Nielsen Company. The “BET Awards” franchise remains the #1 program in cable TV history among African-Americans, and it is the #1 telecast for BET every year. It recognizes the triumphs and successes of artists, entertainers, and athletes in a variety of categories.

Founded in 2012, Jesse Collins Entertainment (JCE) is a full-service television and film production company that has played an integral role in producing many of television’s most memorable moments in music entertainment. The Emmy® nominated company has a multi-year overall agreement with ViacomCBS Cable Networks. On the theatrical film side, the company also has a first look on JCE’s film development projects which could include Viacom’s film entities such as Paramount Players. JCE’s award-winning and critically acclaimed television includes programming from its three divisions. From the scripted division: scripted series—Real Husbands of Hollywood, American Soul and miniseries—The New Edition Story and The Bobby Brown Story. From the unscripted division: unscripted series – Cardi Tries, My Killer Body with K. Michelle, DJ Cassidy’s Pass the Mic and Forward: The Future of Black Music, competition/game shows—Becoming A Popstar, Rhythm + Flow, Sunday Best, Hip Hop Squares and Nashville Squares, talk show – Face to Face with Becky G and children’s series—Bookmarks: Celebrating Black Voices (Emmy® Award winner). From the specials division: award shows—The American Music Awards, BET Awards, Soul Train Awards, BET Hip Hop Awards, Black Girls Rock!, BET Honors, UNCF’s An Evening of Stars and ABFF Honors, specials—upcoming Martin: The Reunion, John Lewis: Celebrating A Hero, Love & Happiness: An Obama Celebration, Change Together: From The March On Washington To Today, A GRAMMY Salute to the Sounds of Change, Stand Up for Heroes, Dear Mama, Amanda Seales: I Be Knowin’, Def Comedy Jam 25, Leslie Jones: Time Machine, The All-Star Nickmas Spectacular and Rip the Runway. Jesse Collins, Founder and CEO of JCE, is the executive producer of all programming. He is also an executive producer for the Grammy Awards, The American Music Awards and The Pepsi Super Bowl Halftime Show. He also produced the 2021 Oscars.