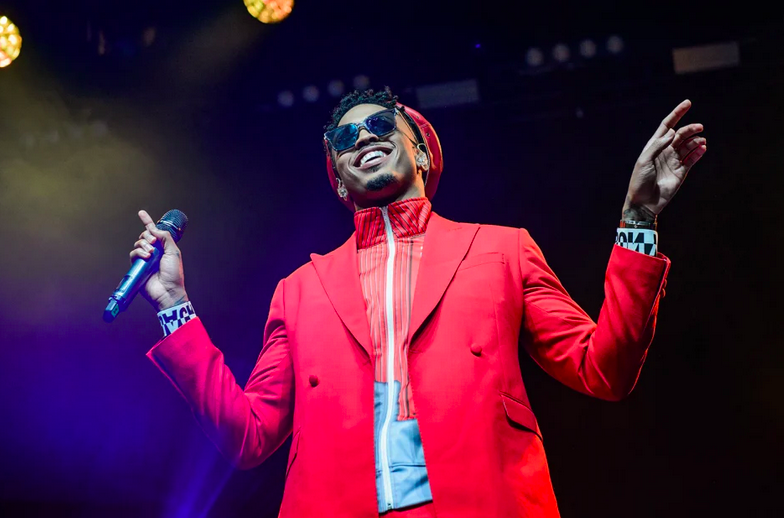 August Alsina has seemingly come out as a member of the LGBTQ+ community.

The 30-year-old singer is currently appearing on the reboot of VH1′s The Surreal Life and he talked about his new relationship during the final moments of the latest episode, which aired on Monday night (November 21).

Over the years, but the toughest may be inadvertently becoming a parent after his sister, Chandra, died from cancer in 2018. The 30-year-old was brought to tears while speaking about the role he now plays in the lives of his three nieces.

“When my sister died, she asked me if I would take custody of my nieces and I told her I would, so I became the legal guardian of my three nieces,” the “Entanglements” artist said during the Monday (Nov. 21) finale of VH1’s The Surreal Life. “My relationship with my nieces is, I guess, a complex thing because I can sometimes feel like a bad parent, an absentee parent because of parts of my life and I’m missing out on certain parts of their life. And I just feel for them and parts of their journey.”

August is well known for his romantic relationship with Jada Pinkett Smith. In June 2020, he claimed that Will Smith gave him permission to enter a relationship with her, but then her rep denied it.In a confessional that seemingly was filmed after the season was filmed, August told the camera, “And then what do you know? Love showed up, but in a new way. I want to share that and really honor the person that I love and that loves me back and teaching my so much about love and healing. I want to that in front of the world because it defies all the constructs that one would say love is supposed to be or love should look like.”

A man then sat down next to August and they said “I love you” while sharing a hug.

August did not put a label on his sexuality and it’s unclear if he is actually in a romantic relationship with the man, but it appears the man could be his boyfriend.