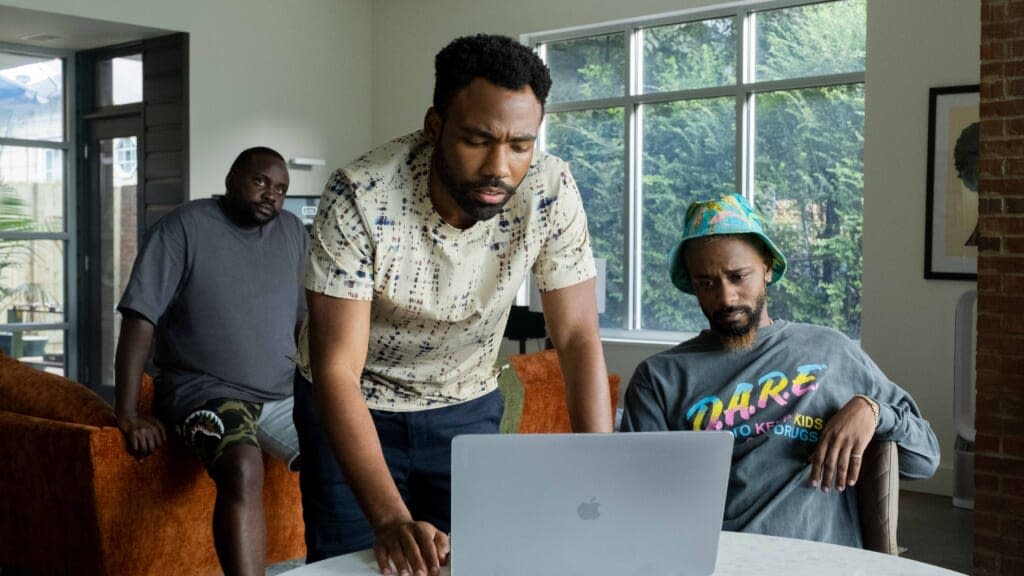 It feels strange to describe an episode like this, built around an active shooter situation, as a relatively light one for Atlanta, yet dammit if “Crank Dat Killer” doesn’t feel exactly that. Yes, Al spends a good chunk of the episode running for his life, and Earn and Darius’ new acquaintance Shoe Man suffers a violent and graphic on-camera death. But “Crank Dat Killer” once again demonstrates the series’ complete mastery of tone, in a way that makes the threat to Al seem real at the same time that the entire sequence is way more slapstick than thriller.

This shouldn’t be surprising from Atlanta, especially since the episode once again has Stephen Glover on script and Hiro Murai as the director. As they demonstrated in this season’s premiere, Glover and Murai understand how elastic the series’ reality can be, in ways that allow it to be horrifying and ridiculous at the same time.

The world of a famous rapper is filled with danger. This week, in the sixth episode of “Atlanta’s” final season, we get Paper Boi, who is scared about a strange serial killer, so he hides at the mall where he runs into someone he knew in high school who’s still holding a grudge about something, so the man opens fire on Paper Boi right there inside the mall. If it’s not one killer that’ll get him, it’s another.

But adding to the fun, Georgia is an open-carry state where you can legally possess a handgun in most public places. So suddenly, half of the people in the mall pull out handguns and start running around in tactical positions, firing back at the shooter. The tense, fearful scene of Paper Boi crouching down, trying to avoid the bullets, turns into a moment that’s absurd and, to me, funny as a visualization of the ubiquity of guns in America. I wondered why Paper Boi didn’t have his own gun on him, especially if he was running away from a serial killer, but it’s funnier to see him scared and needing to be rescued by others.

Technically, there is a third story of sorts, involving a brand-new character: Roberto (Adrian Mauro), an aspiring rapper who works at the mall’s food court while fantasizing about a chance to get discovered like when Big Sean rapped for Kanye at a Detroit radio station. We are introduced to Roberto while he is in a car with his wife and adorable daughter. Given the lurking menace of the Crank Dat Killer and this series’ willingness to go to incredibly dark places, the potential of Roberto becoming collateral damage feels uncomfortably real. Instead, it’s Shoe Man who catches a bullet when the shooter chases Al through the parking lot. Roberto does not escape unscathed, as Al shoves him through the glass window of a store while an oblivious Roberto is trying to spit a few bars for him. But if it’s a dream-crushing indignity, and perhaps a physically painful one, at least Roberto survives it, and perhaps he’ll finally acquiesce to his wife’s desire for him to seek a more stable career path.

It’s hysterical to me that the Shoe Man ends up getting accidentally murdered by the brother trying to shoot Paper Boi—the antagonist of one plotline kills the antagonist of the other plotline. This also makes Earn and Darius’ kiss meaningless. They kissed for an audience of one, and before it was even over, he was dead. But in their world, there are predators lurking everywhere—serial killers, old haters, weird parking lot salesmen. It all makes having a safe farm look really smart.