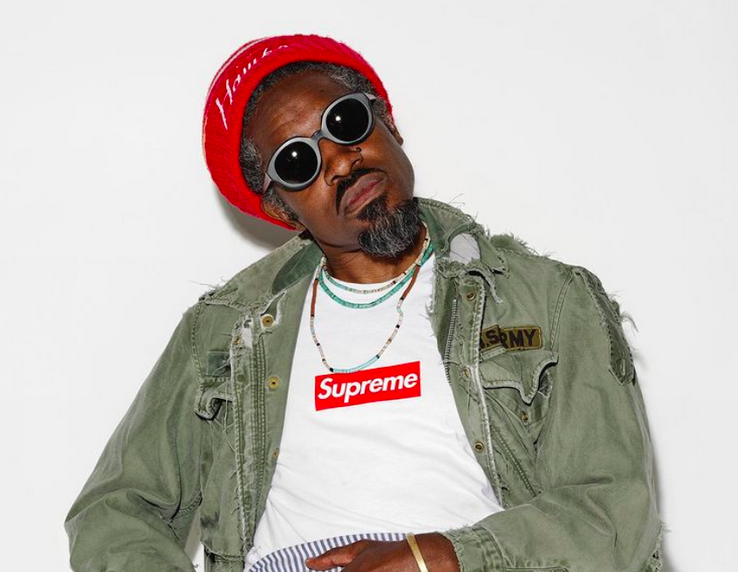 Supreme took to Instagram on Saturday to tease an upcoming campaign featuring André 3000, posting a picture of the rapper photographed by Deana Lawson.

André 3000 has garnered a reputation in recent years for popping up in random cities, sometimes while playing a flute, and always living his best life. All that to say, 3 Stacks is a perfect selection to be featured in the latest campaign from Supreme.

While it’s unclear if André will be a part of the streetwear brand’s Fall/Winter 2022 collection, the post arrives two days after Supreme teased another launch alongside British motorsports racing driver Lewis Hamilton.

“New Fall/Winter 2022 collection coming soon,” they captioned a picture of Hamilton wearing a leather jacket that costs a whopping $15,000.

André Benjamin was credited as a featured artist on the songs “My Life Without You,” “The Boxcutter,” “Dog Fight,” and “Pinky Fight.” According to Rolling Stone, 3000 played the flute on all of these records as well as on Mitski and Byrne’s duet song “This Is a Life.”Aside from playing the double flute for passers-by as he commutes around different cities including Philadelphia, Everything Everywhere All at Once marked the first time André used a different instrument besides his voice to provide musical accompaniment to a film, per IMDb. Three Stacks also composed songs for several episodes of his mid-aughts television series Class of 3000.