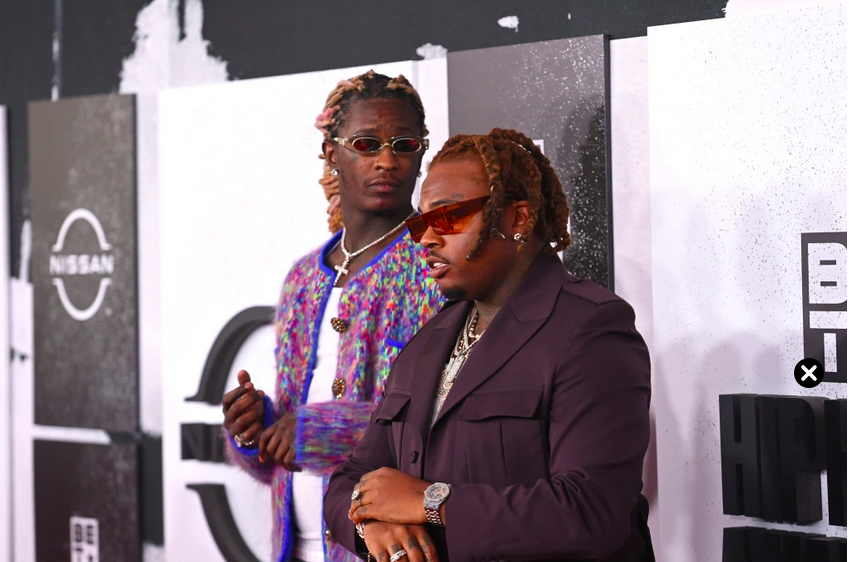 Akon is speaking out in defense of incarcerated rap stars Young Thug and Gunna, arguing that their music lyrics are not a reflection of their true character as men.

During an appearance on VladTV, the Senegalese artist was asked his thoughts on the YSL rappers’ RICO case and charges and discussed how their rap lyrics were used in building the case before being introduced as evidence in their future trial.

The singer, 49, reasons that many of the lyrics artists use are fabricated, simply a means to entertain the fans and amount to posturing to ensure the upkeep of their public image.

The Konvict Muzik founder continued, adding “People’s careers would be f**ked if they made the wrong decision. Believe me, these kids got the power to fight back. So they have to have something to not give them bond. It’s something there.”

In May, Young Thug, Gunna, and 26 others were arrested as part of a 56-count RICO indictment against YSL, which includes allegations of murder, assault, and other threats of violence. Both artists have maintained their innocence and filed multiple motions requesting to be released on bond. Each appeal has been denied.