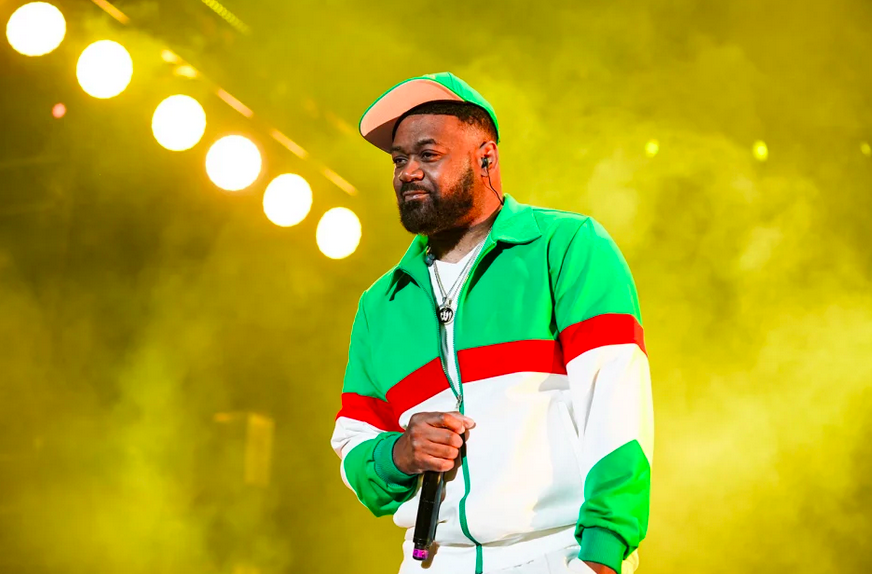 Please, beloved. Back up. The birthday God needs some room.

“N—as gotta clear some space, B!” Ghostface Killah barks to his good friend Kareem “Kay” Woods. Woods — also fellow Wu-Tang Clan legend Raekwon the Chef’s younger brother — has been close to Ghost since before the Clan first told the world to “protect their necks” in 1992. For the past year, however, the two have teamed up on several business and charitable functions, including producing concerts starring the likes of renowned comedians Mike Epps and Monique. They are also collaborating on building a community center for kids in their hometown of Staten Island.

But on this late May night, Kay is the promoter at XL Nightlife club in Elizabeth, NJ. There’s a party and show celebrating the birthdays of Ghost and Mobb Deep’s Havoc. Ja Rule is also in the mix, and a guest of honor.

“What’s up, Ghost?” Ja says as he comes in and greets his friend. The VIP section, built above the dance floor and stage, is so packed with people that the hip-hop legend nicknamed Tony Starks is frustrated he cannot walk around comfortably.

“Come on y’all. Go downstairs. Give n—-as some room,” Ghost instructs the men in the VIP that’s not down with his, Havoc’s, or Ja’s crews. “I’m gonna have to call security.” (As one of the enforcers of rap’s most unf–kwitable collective, Ghost has never called security in his life, finding some humor in his own empty threat.)

During the evening, Ghost’s temperament rises. Not only does he get on stage and perform with Havoc, but he goes into the crowd, gives daps to his male fans, hugs the females, and seemingly takes photos with everyone who asks. The Staten Island-born hip-hop icon has been extra jovial the past few months, celebrating his birthday on May 9th (which New York City Mayor Eric Adams also declared “Ghostface Killah Day” in a public ceremony), starting huge entrepreneurial endeavors, and connecting with members of the Clan for shows. And oh yeah, there’s the call that Ghost got to guest appear on one of the year’s biggest blockbuster LPs.