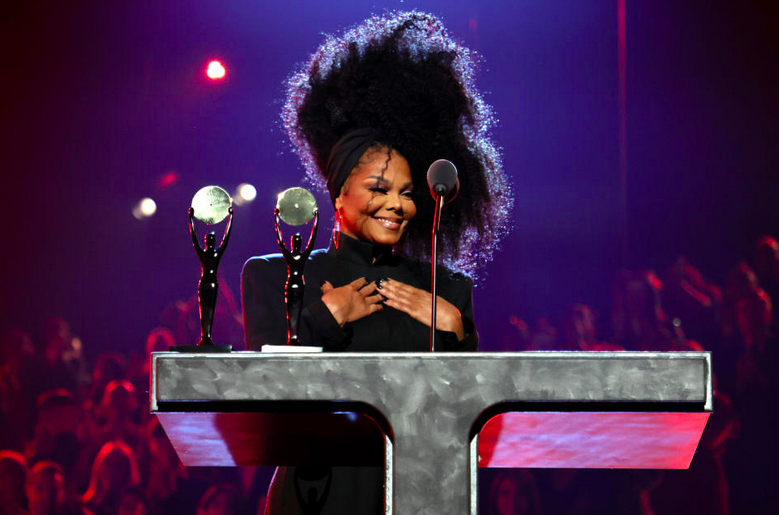 The youngest of Joseph and Katherine Jackson’s nine children, Janet Damita Jo Jackson (born May 16, 1966, in Gary, Indiana) was already a seasoned vet by the time she recorded what would become her breakthrough and mission statement, the 1986 album, Control.

At the age of 7, she appeared on The Jacksons, her brothers’ TV variety show, stealing hearts as a pintsized Mae West – at her famously controlling father’s bidding, she later recalled; as a preteen, she had supporting roles on the series Good Times and Fame.

Guided by her father/manager, teenaged Janet released two moderately successful, albeit somewhat generic solo albums – but something was missing. At 19, she found herself at a point where she wanted to establish herself as more than a Jackson.

Wearing an all-black, high-collared pantsuit with a dramatic, naturally textured cascading updo held in place by a headband, Jackson made a stylistic reference to the cover of her 36-year-old, five-time-platinum-selling third studio album, “Control.” She wore the ensemble while presenting her songwriting and producing duo Jimmy Jam and Terry Lewis, who helped her create the now-landmark album.

The 1986 release of “Control” marked a significant milestone in the independence of the legacy artist. In addition to demonstrating Jackson’s musical versatility as she expanded into dance-pop, hip-hop, and R&B, the album was the first time she worked with people outside her famous family to produce music.

“I never, never in a million years, I would never think that this would happen. I really appreciate you, and I love you so, so much. Thank you,” Jackson tweeted at the time, per People.

Jam and Lewis, also hit producers to stars like Usher and Mariah Carey, joined Jackson — a 2019 inductee — at the 2022 Rock & Roll Hall of Fame induction ceremony.