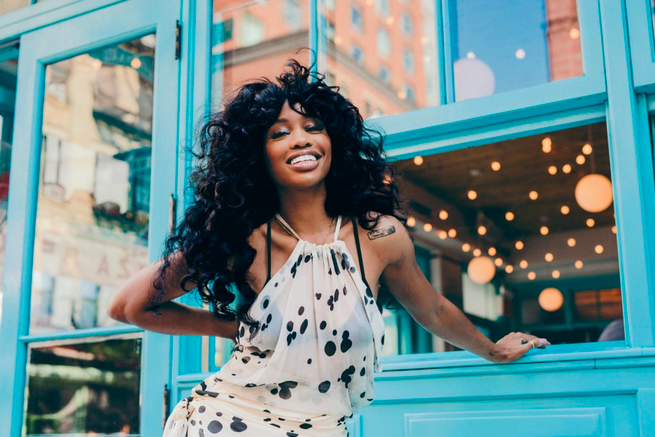 In a recent story, SZA wrote, “Can’t believe I got the part I wanted. She’s an actress.” The caption was accompanied by a photo of a cake that read, “Congrats record breaker and fire actress.” According to Hot New Hip Hop, SZA also later too to Instagram to thank everyone for the well wishes, “Lmao thank y’all ! And before y’all start somebody BOUGHT me this cake. It’s a sweet gesture n i was being appreciative.”

Despite perceived issues regarding her label relationships, SZA says she remains in her “ideal situation” as an artist. SZA pointed to several facets of this current era of her career as being integral to her creative freedom. However, she also entertained the idea of one day moving her talents into an entirely new field should certain circumstances change in the future.

SZA is the latest R&B star to try her hand in acting. The Weeknd is set to make his TV debut in a show he has produced titled The Idol while Megan Thee Stallion has also ventured into the entertainment world linking a multi-year deal with Netflix.

It remains to be seen what SZA has up her sleeves for her forthcoming project.

“I live in my ideal situation,” SZA said. “I don’t have any deadlines, because at the end of the day, when my shit comes out, it comes out. And if ever I lose my ability to choice, I have no problem vacating my current life and doing something different. I’m not glued to being an artist for the rest of my life or anything for that matter. I’m seeing where it takes me.”

Mentioned as potential next chapters by SZA herself were a variety of options, including everything from farming to insect study. As SZA pointed out, she’s confident anything she wants to do “will be done well.”