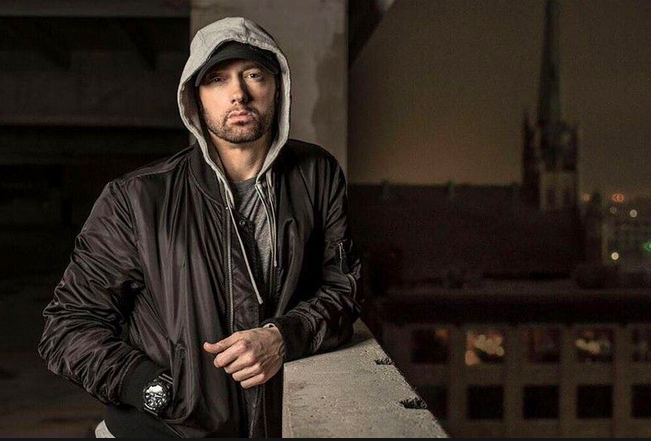 Eminem can now add “No.1 Christian song” to his long list of accomplishments. According to ChartData, the legendary Detroit MC, alongside DJ Khaled and Kanye West, hit No.1 on the Billboard 100 Hot Christian songs chart with their latest collaboration, “USE THIS GOSPEL.”

West, however, is no stranger to Billboard’s Christian music-focused charts. His 2019 album Jesus Is King debuted at the peak of the Top Christian Albums and Top Gospel Albums on its first week of release. He became the first artist to have ten of his album’s songs occupy each spot in the top 10 in both the Hot Christian Songs and Hot Gospel Songs charts; the original version of “Use This Gospel” featuring Clipse and Kenny G was one of these tracks.

The three-minute track finds Em in unfamiliar territory as he raps from a place of spiritual maturity, giving thanks to God for his gift to rap and his life. Shady also takes time to address people switching up on him, from hating him in the beginning, to loving him, to then hating him again.

Released in August, God Did is Khaled’s fourth album to go No. 1 on the Billboard 200. “Use This Gospel (Remix)” is also his first appearance on the Hot Christian Singles chart. The feature-heavy album also sports appearances from Lil Wayne, Future, Lil Baby, SZA, Travis Scott, Lil Durk, 21 Savage, Juice WRLD, and many more.