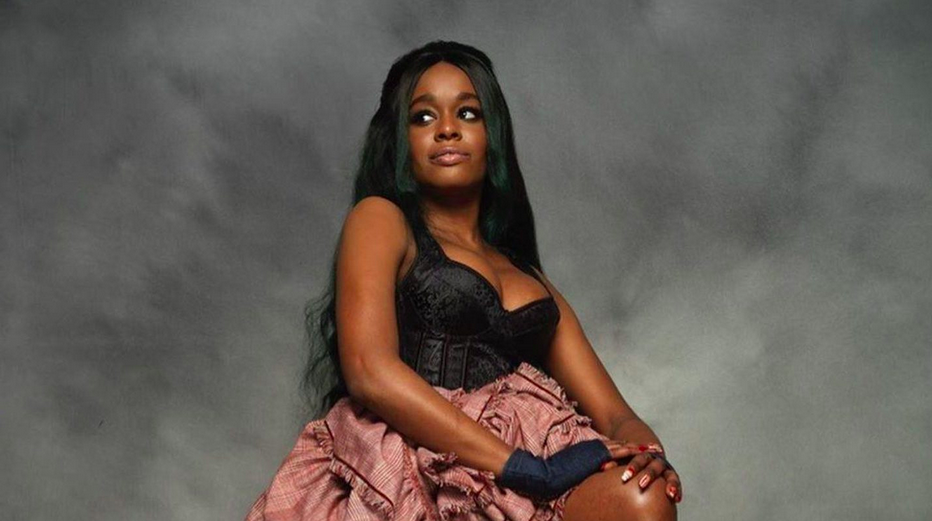 Azealia Banks is sharing her opinions on Kim Kardashian and Beyonce Knowles only to be mocked. The “Anna Wintour” raptress has been slammed by online critics after saying that “The Kardashians” star looks “happier” and “healthier” than Queen Bey.

“I never in a million years thought Kim K would look healthier, more alert, more sober, and overall happier and in control of her sh*t than Beyoncé. In a follow-up post, Azealia further explained why she believed Kim looked better than Bey. “Hate comparing but Bey really dropped the ball on the aspirational pieces,” the “Count Contessa” raptress penned.

Azealia continued, expressing she no longer looks to her as the once powerful figure she did when she was a child. Furthermore, the “I Rule The World” artist expressed that Beyonce is “too prideful” to end her relationship with her husband, Jay-Z

Banks ended her Bey analysis by stating how everything she said came from a place of love.

“Dead a** mean this with the most love ever, it’s time for you to get some NEW D**K, so you can have some new energy and inspiration!!! That JAY-Z d**k is out of steam honey. Leave his deflated ass where he is, he would do it to you.”

Upon learning of Azealia’s wild social media posts, Beyhive railed behind their idol, accusing Azealia of seeking attention. One person commented on Instagram, “Seeking attention again,” while another added, “Azelia just looks for clout by coming for Beyonce.”

A separate person opined, “She’s been on a rampage ever since ‘Renaissance’ came out because she feels Beyonce stole her sound. Bey is the definition of unbothered and Queen mind her business.” An Instagram user even branded Azealia “f**kin annoying.”