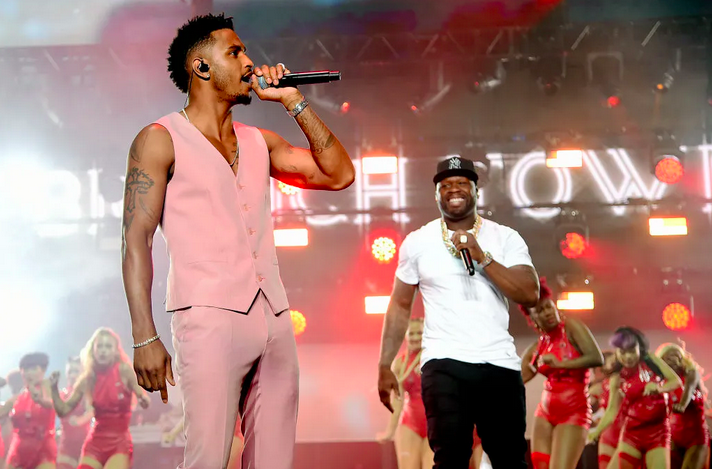 Since becoming a proud Texas resident last year, 50 Cent has fully immersed himself in the Houston community. The rapper recently brought his second annual Tycoon Houston Weekend event to the city, which took place from last Thursday (Aug. 25) through Sunday (Aug. 28). While the event was an overwhelming success, Fif revealed that a number of mishaps involving R&B star Trey Songz during the weekend have resulted in him being banned from partaking in future festivities.

50 Cent has made Trey Songz the latest focus of his frequent online beratement.

The Power creator shared on social media that Songz is no longer allowed to attend his for-charity event, the Tycoon Comedy Music Festival.

It appears that Songz has run out of favor with Fif, who previously spoke out in his defense after the singer was accused of assaulting a woman at a party during NBA All-Star Weekend in 2018. At the time, 50 posted a photo of the alleged victim, Andrea Buera, alongside a money-bag emoji, inferring that her motive behind her accusation was fueled by monetary benefits.

Songz has an extensive history of being accused of sexual assault.