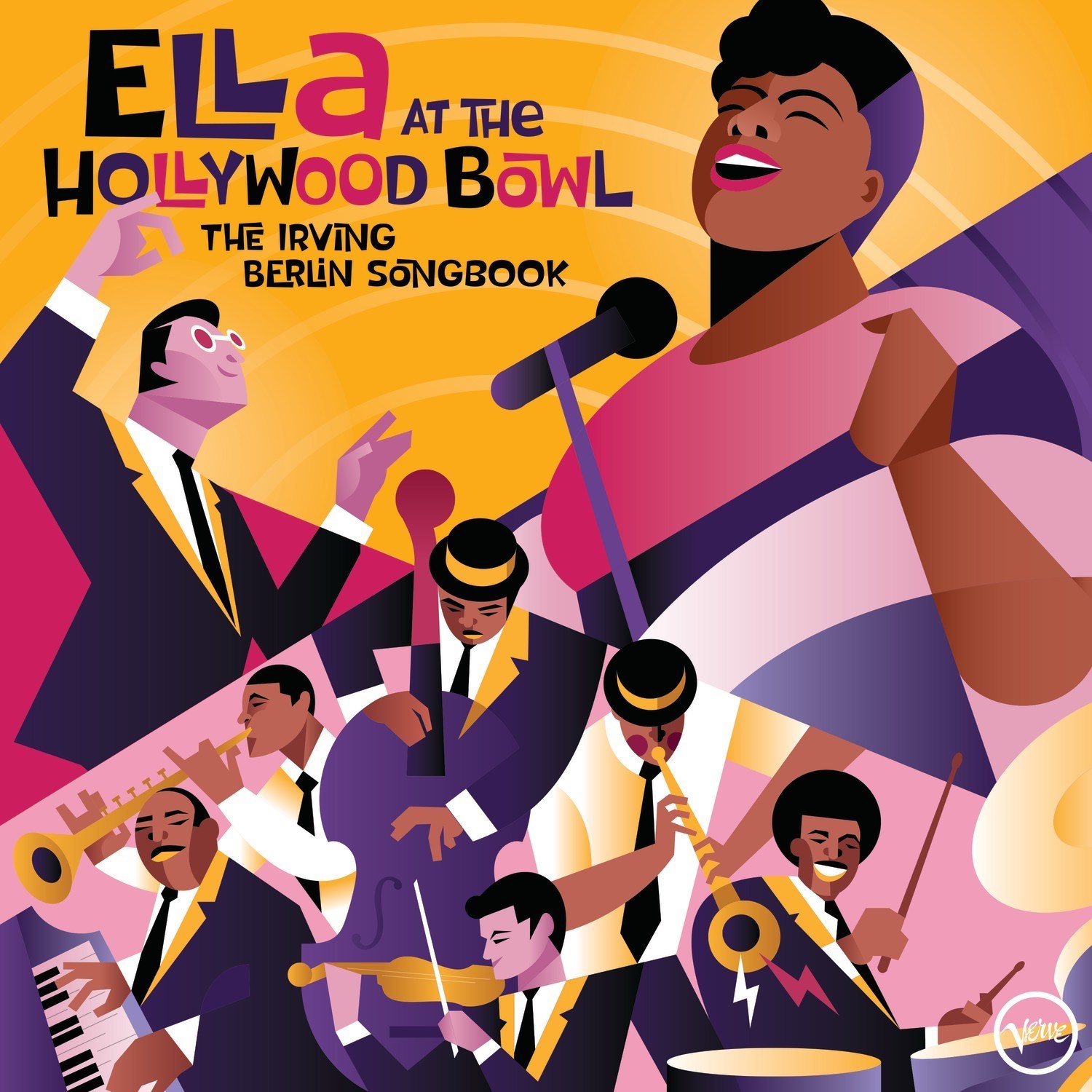 "Ella At The Hollywood Bowl: The Irving Berlin Songbook," releasing June 24 via Verve/UMe, captures Ella Fitzgerald performing selections from her classic Irving Berlin Songbook at the legendary Hollywood Bowl with a full orchestra conducted and arranged by Paul Weston. This landmark record, discovered in the private collection of producer and Verve Records founder Norman Granz, marks the first time a live Songbook has been released from Fitzgerald.

On August 16, 1958, just a few months after Ella Fitzgerald recorded her now-classic album, Ella Fitzgerald Sings The Irving Berlin Songbook, The First Lady Of Song performed selections from that album live at the Hollywood Bowl to an adoring, sold-out crowd. Conducted and arranged by Paul Weston, who also arranged and conducted the studio sessions, this concert marked the only time that Ella performed these iconic arrangements live with a full orchestra.

Widely considered her greatest achievement, Ella’s Songbook records, with peerless renditions of the best songs by America’s greatest composers, are the cornerstone of the Verve catalog and the undisputed standard for jazz vocal recordings. At the inaugural Grammy Awards, her Irving Berlin album won Ella her first Grammy for “Best Vocal Performance, Female,” and was also nominated for “Album Of The Year.” Aside from the lucky audience at the Hollywood Bowl that night, it wasn’t generally known, until the discovery of these tapes, that Ella had ever performed any of the Songbook arrangements in concert, let alone that such a pristine and sonically sumptuous recording existed.

On June 24, Verve/UMe will proudly release the full, never-before-released 15-song performance, aptly titled, Ella At The Hollywood Bowl: The Irving Berlin Songbook, on CD, vinyl, limited edition yellow splatter vinyl, and digitally. This landmark record, discovered in the private collection of producer and Verve Records founder Norman Granz, marks the first time a live Songbook has been released from Ella. It is also significant in that it captures the only time Ella worked in concert with arranger-conductor Paul Weston. And, although she performed regularly at the Hollywood Bowl, this is the first full-length concert by Ella from this iconic venue to be released (notably, Ella was featured prominently on Verve’s Jazz At The Hollywood Bowl album, recorded and released in 1956, the year Granz formed the label). The live tracks were mixed from the original ¼” tapes by Grammy Award-winning producer and musician Gregg Field who played drums for Ella in her later years. The album is rounded out with insightful liner notes about the concert and Ella’s Songbook series by noted author and music critic, Will Friedwald.

Ella At The Hollywood Bowl: The Irving Berlin Songbook is available to pre-order now and is being previewed with a lively rendition of “Puttin’ On The Ritz.” The song debuts today, accompanied by an animated video, directed by Alberto Baroni, that cleverly brings the song and Giulia Pelizzaro’s dynamic album art to life.

While Ella’s live appearances had evolved over the years from her early big band years where she primarily sang in ballrooms with the Chick Webb Orchestra to supper clubs, theaters and concert halls, she mostly stuck to a nightclub format of performing a selection of songs accompanied by a trio. This performance at the Hollywood Bowl was incredibly unique for her. As Friedwald reveals in the liners, “But to come on stage – with a full orchestra – and essentially sing the contents of a studio album, well, nobody did that. Not Sinatra, not Tony Bennett, not Miles Davis, nor any of the other key innovators who contributed to the development of what came to be known as ‘the concept album.” Friedwald continues, “so exactly why did Fitzgerald and Granz choose to face this particular music and dance in this singular fashion? We may never know, but the logical answer is that the songbooks were proving to be such a major component to her burgeoning career that… Fitzgerald and Granz were determined to do something special in honor of the ongoing series.”

And special it was. Across 15 songs, Ella and the orchestra performed dazzling arrangements of some of Irving Berlin’s best-known songs including the classic ballads “How Deep Is The Ocean” and “Supper Time,” Hollywood tunes “You’re Laughing At Me” and “Get Thee Behind Me Satan,” and swinging up-tempo numbers “Cheek To Cheek,” “Top Hat,” “I’ve Got My Love To Keep Me Warm,” “Heat Wave,” and “Puttin’ On The Ritz.” The concert pops with an electricity not found on the studio recording as Ella feeds off the energy and enthusiasm of the crowd, whose applause and adulation bookend each song.

The Hollywood Bowl, which is celebrating its centennial this year, loomed large in Ella’s life. She made her Bowl debut alongside Louis Armstrong in 1956 at a star-studded program, which was released as the double LP, Jazz At The Hollywood Bowl. Ella holds the rare distinction of having sold out the Hollywood Bowl in each of five decades, from the 1950s through the 1990s. Aside from headlining numerous times, Ella, who lived in LA for much of her career, also performed as part of the annual Playboy Jazz Festival; her last appearance was a couple years before her passing in 1996. Read more about Ella and her history with the Hollywood Bowl here: https://www.hollywoodbowl.com/about/watch-and-listen/bowl-history-spotlight-ella-fitzgerald

Dubbed “The First Lady of Song,” Ella Fitzgerald (1917-1996) was the most popular female jazz singer in the United States for more than half a century. In her lifetime, she sold more than 40 million albums and received most every honor a performer could dream of winning, including the Kennedy Center Honor (1979), the National Medal of Arts (1987), France’s Commander of Arts and Letters (1990), the Presidential Medal of Freedom (1992) and 13 Grammy Awards. In 2007, the United States Postal Service honored Fitzgerald with a postage stamp.

In her six-decade long career, the Queen of Jazz recorded more than 200 albums and roughly 2,000 songs, making her the most recorded female – and the second most recorded – performer in history. Among those recordings are works with some of history’s greatest musicians and legendary songwriters.

Fitzgerald’s distinct style has influenced multiple generations of singers and her work transcends generations and musical genres. She had an extraordinary vocal range and flexibility and possessed a preternatural gift for pitch, rhythmic sense and flawless diction. Immensely versatile, she could sing it all from jazz and bebop to ballads, swing, pop and rock. With an unparalleled ability for mimicry and “scat” singing, Fitzgerald also produced melodic lines that put her in the category of great instrumental improvisers. Her voice was flexible, wide-ranging, accurate and ageless.

She passed away due to complications from diabetes, dying in her Beverly Hills home on June 15, 1996.

The Ella Fitzgerald Charitable Foundation was created and funded in 1993 by Ella Fitzgerald in order to fulfill her desires to use the fruits of her success to help people of all races, cultures and beliefs. Fitzgerald hoped to make their lives more rewarding, and she wanted to foster a love of reading, as well as a love of music. In addition, she hoped to provide assistance to the at-risk and disadvantaged members of our communities – assistance that would enable them to achieve a better quality of life. The Board of Directors of the Ella Fitzgerald Charitable Foundation seeks to continue Ella Fitzgerald’s goals by making charitable grants serving four major areas of interest: Creating educational and other opportunities for children; fostering a love and knowledge of music; including assistance to students of music the provision of health care; food, shelter and counseling to those in need and specific areas of medical care and research with an emphasis on Diabetes, vision problems and heart disease. 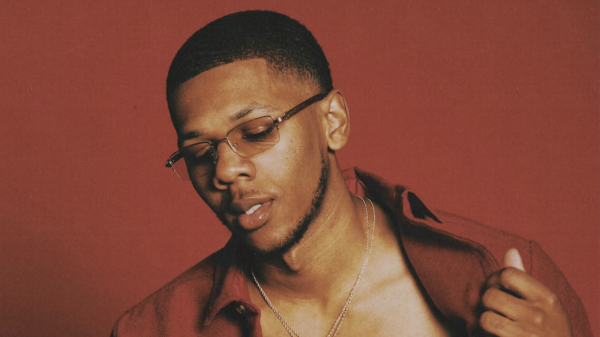