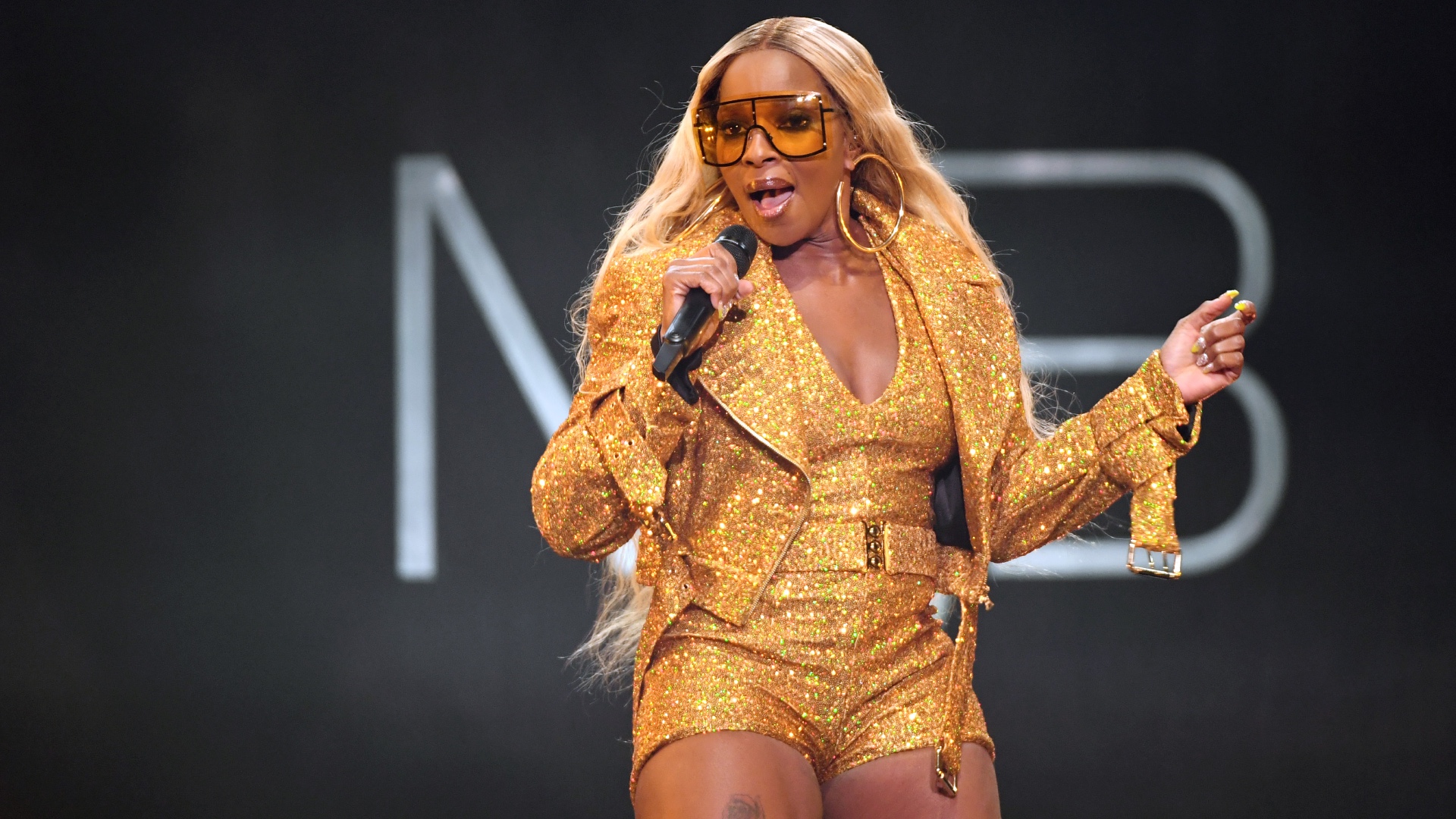 The legendary Queen of Hip-Hop Soul isn’t taking any of it for granted.“I’m super proud of myself and I’ve never thought I’d ever be able to say that in my lifetime,” Blige says in a new interview with Apple Music.

Dundas worked closely with Blige and her stylist, Jason Rembert, to create the custom look, which was a white and silver, mirror-embellished crop top with cutouts and matching shorts paired with thigh-high Dundas by Sergio Rossi boots. The look was created with Swarovski crystals and pearl beadwork. She paired the outfit with earrings from Sister Love.

“I don’t even have the words to explain how full and how huge of an accomplishment that was. I just felt so strong. And I felt like, first of all, grateful to have been asked, but I definitely felt like I earned that moment,” Blige remarked. “So when it was my turn, I just showed the world who I was. If you’d never seen me or you never met me or you never went to any of my shows, you know exactly who I am after the Super Bowl. I just couldn’t wait to hit the Mary bopping. I just couldn’t wait to just be myself and do what I do in front of that audience. That was the world, that was a big deal. I was so grateful.”

It’s been a banner year for Mary J. Blige, the “Real Love” singer has been dominating the Billboard charts for three decades now. Back in 1992, What’s the 411?, her landmark debut album, spent a total of seven weeks at the pole position of the Top R&B/Hip-Hop Albums chart.