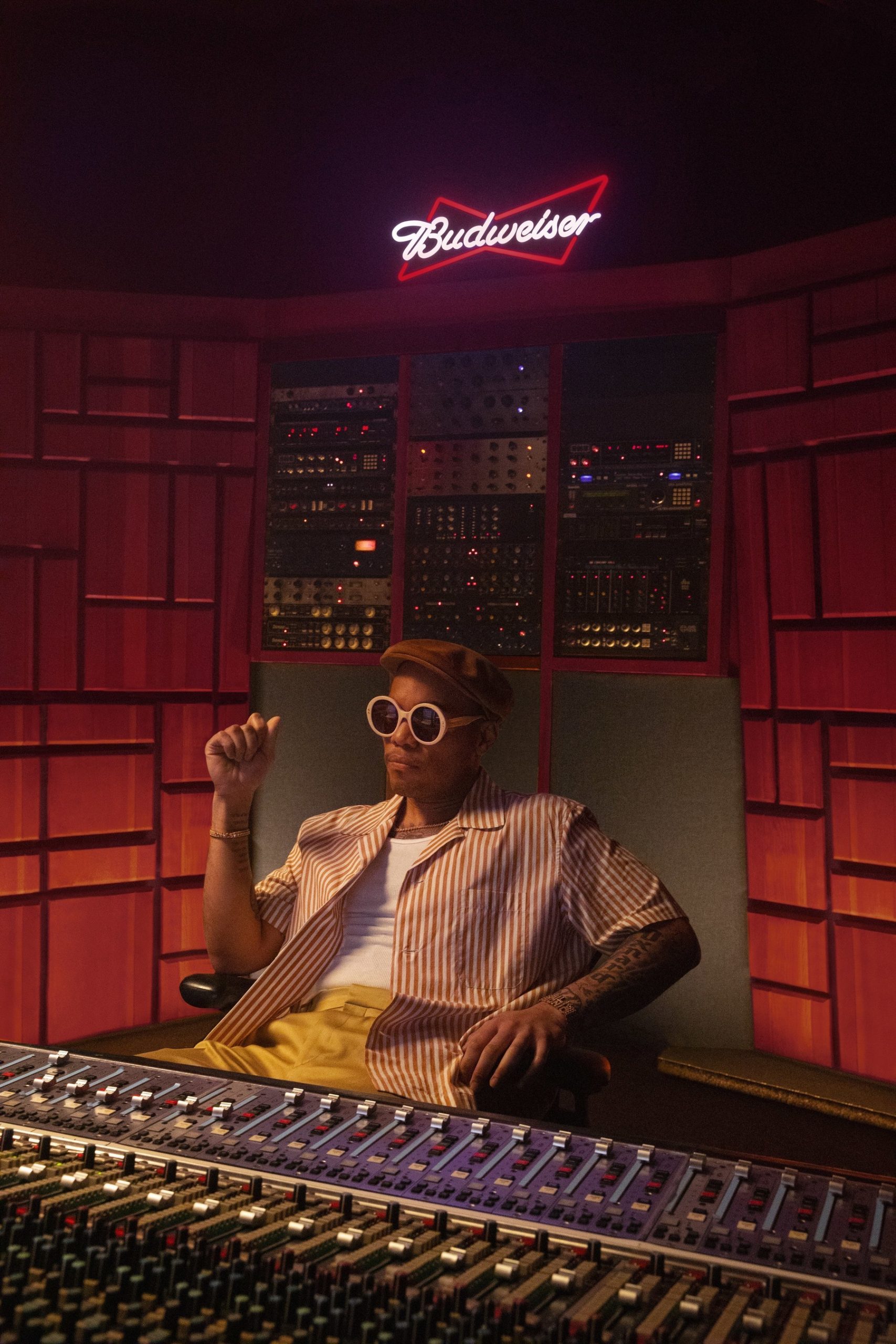 The Tomorrow is Yours to Take campaign launches today with a music video entitled “Yours to Take” featuring an original song produced and performed by .Paak.

Budweiser, an AB InBev global brand, today unveiled a new global platform and creative campaign with the launch of Tomorrow is Yours to Take, a mantra meant to inspire emerging creators, led by eight-time GRAMMY Award winner, producer, songwriter, artist and director Anderson .Paak. Tomorrow is Yours to Take reflects what it means to hustle and chase success, and this global movement will inspire and connect creators worldwide.

“Budweiser is a rallying cry for relentless creators, dreamers, and go-getters hell-bent on making their mark. While today marks the launch of Tomorrow is Yours to Take, it’s the creators, the dreamers and the risk-takers who take center stage with this new evolution,” said Todd Allen, Vice President of Global Marketing, Budweiser. “As someone who defied the naysayers to follow his dreams, .Paak embodies the spirit of Tomorrow is Yours to Take and its meaning.”

Wieden+Kennedy led the creative concept of the campaign in partnership with Budweiser, .Paak and a team of creators around the globe. “Yours To Take” celebrates the power of an independent generation that does what they believe in, no matter what others say. With an original track by .Paak and real stories from real creators to deliver the message, the campaign had to be more than an ad. And that was when the music video was born: an entertainment piece that helped become a part of the culture in an authentic way with a cinematic feel.

By partnering with .Paak to produce the soundtrack to this global campaign, Budweiser is laying the groundwork for future efforts supporting up-and-coming creatives. This is just the beginning.

“My new music for the campaign isn’t just a song, it’s an anthem! The way I see it, it’s like a rallying cry to those who are DONE listening to all the reasons why their dreams are impossible,” says Anderson .Paak. “Trust me, I heard all those naysayers too, but I kept myself motivated and did my best to ignore the haters every step of the way. My hope is that Budweiser and I can reach artists, designers, athletes and creatives – everyone! – all over the world who are ready to take the first step on their own path to greatness.”

Each up-and-coming creator featured in the video embodies one of the Budweiser audience’s passion points, including music, arts, fashion, and sports.

To view the film, find more information on each up-and-coming creator, and more, click HERE. Behind-the-scenes footage from the creation of the campaign can be seen on Budweiser and Anderson .Paak’s social channels.

About Anheuser-Busch InBev and Budweiser

Anheuser-Busch InBev is a publicly traded company (Euronext: ABI) based in Leuven, Belgium, with secondary listings on the Mexico (MEXBOL: ANB) and South Africa (JSE: ANH) stock exchanges and with American Depositary Receipts on the New York Stock Exchange (NYSE: BUD). As a company, we dream big to create a future with more cheers. We are always looking to serve up new ways to meet life’s moments, move our industry forward and make a meaningful impact in the world. We are committed to building great brands that stand the test of time and to brewing the best beers using the finest ingredients. Our diverse portfolio of well over 500 beer brands includes global brands Budweiser®, Corona® and Stella Artois®; multi-country brands Beck’s®, Hoegaarden®, Leffe® and Michelob ULTRA®; and local champions such as Aguila®, Antarctica®, Bud Light®, Brahma®, Cass®, Castle®, Castle Lite®, Cristal®, Harbin®, Jupiler®, Modelo Especial®, Quilmes®, Victoria®, Sedrin®, and Skol®. Our brewing heritage dates back more than 600 years, spanning continents and generations. From our European roots at the Den Hoorn brewery in Leuven, Belgium. To the pioneering spirit of the Anheuser & Co brewery in St. Louis, US. To the creation of the Castle Brewery in South Africa during the Johannesburg gold rush. To Bohemia, the first brewery in Brazil. Geographically diversified with a balanced exposure to developed and developing markets, we leverage the collective strengths of approximately 169,000 colleagues based in nearly 50 countries worldwide. For 2021, AB InBev’s reported revenue was 54.3 billion USD (excluding JVs and associates).

Budweiser is a medium-bodied, flavorful, crisp American-style lager. Brewed with the best barley mallet and a blend of premium hop varieties, Budweiser is an icon of optimism and celebration which is enjoyed in over 60 countries around the world and is committed to brewing every Budweiser with 100% renewable energy by 2025.