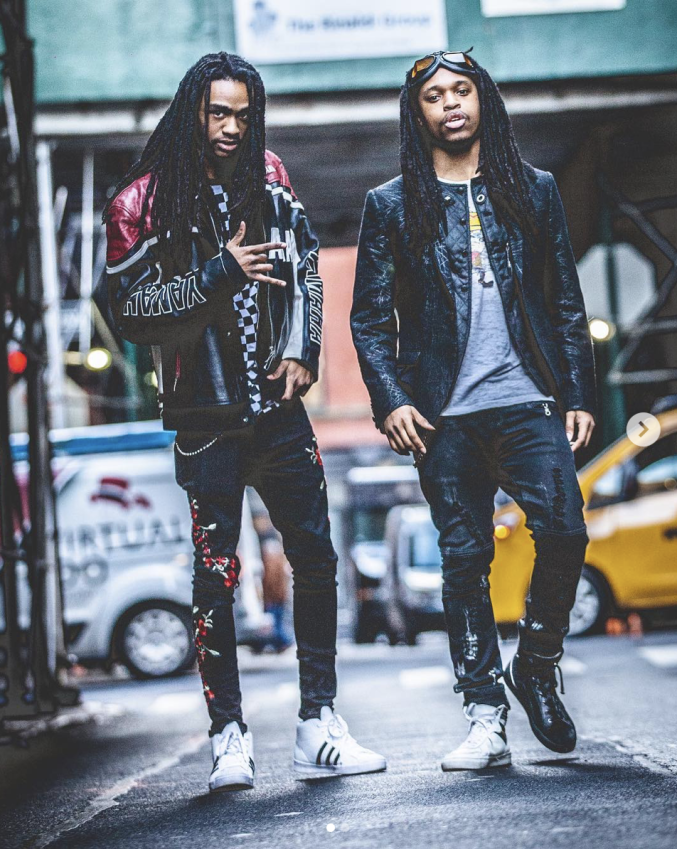 Qaasim (aka “The Strongest”) and Khalil (aka “TallBoy The Rilla”), of The Juggernaut War Party, will be live at the Knitting Factory in Brooklyn on Sunday, July 3, 2022.

Kicking off the first of their very own WarParty/WarFest Series is the long-awaited return of the Juggernaut War Party (JWP) from Brooklyn, New York.

You may remember Qaasim as a top 8 finalist on American Idol Season 14, where he garnered huge praises from Jennifer Lopez, Keith Urban and Harry Connick, Jr. for his stand out performances.

Qaasim says, “My music is influenced by the likes of J-Dilla, Prince, Michael Jackson, John Mayer, D’Angelo, Stevie Wonder, Ray Charles, and Flying Lotus. This is where I draw a lot of my inspiration from as far as lyrical content, sounds and musicality.”

You may have also seen Khalil Middleton in Netflix’s “The Get Down” as well as the recent film “Marry Me,” starring Jennfier Lopez.

Khalil says, “If Stevie Wonder, Michael Jackson, Prince, Led Zeppelin & The WuTang Clan had a baby, it would be us!”

The Juggernaut War Party was birthed in Brooklyn at Afropunk’s Battle of the Bands on June 22, 2015, when Qaasim and his band decided to enter and compete to showcase their showmanship and songwriting skills. As two-time winners of Afropunk’s BOTB this incredible feat garnered the brand-new group the opportunity to perform live on the Afropunk Festivals stages 2 years in a row.

Back from a 2-year hiatus, The Juggernaut War Party has returned with more vigor, new sounds and new music. Hosted by LR Blitzkreig with performances by Obasi Jackson, Poiison, MiQoSix, Jahrichh, Benga tribe, Mic Dee, B Note, Akay The Pharaoh, Wyane Mickens, Tyjhai Tr3Mind Stephens and the JWP’s Lead singing duo Qaasim aka “The Strongest” & Khalil aka “TallBoy The Rilla” This show will absolutely delight you and rock your soul with music that will touch your minds and hearts.

Are you or Jug or Not?